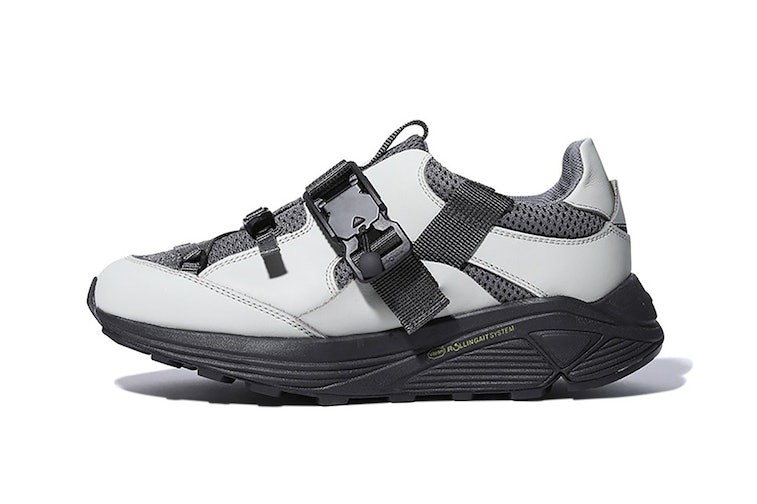 Snow Peak, one of our favorite purveyors of fine Japanese gorp, has launched two new pieces of technical footwear to lust over.

The first, dubbed the "Field Trainer Mesh 23," is a waterproof sneaker made out of cordura mesh with waterproof leather paneling. Its largely undecorated upper looks a lot like an orthopedic sneaker and is saved from utter swaglessness by a pair of fastening buckles.

Underneath is a Vibram RollinGait system — a combination of midsole and outsole designed for downhill descent and used by fashionable brands including Off-White and Our Legacy. While those brands selected the RollinGait for its chunky, so-ugly-its-hot aesthetic, Snow Peak harkens back to its original intent while making a bonafide pair of outdoor kicks.

How about some mules — Releasing alongside the sneaker is the "Field Traction Sandal 26," a kitted-out mule optimal for outdoor wear or house shoe-designation. It too utilizes a Vibram sole, this one with less bulk and more grip.

A speed lacing system with adjustable toggle makes Snow Peak's mule easy to slip on and off — and it too uses a combination of cordura mesh and leather, with an emphasis more on the former. The cup insole can easily be removed for wash, which should eradicate any fears of stinking it up while going sockless.

Fire up those proxies — Both the sneaker and the mule put function first while falling in line with fashion and streetwear's continued love of technical outdoor gear. The fact that they're both Japan exclusives, for now at least, could spell heartbreak — but only if you aren't savvy enough to enlist a proxy service.

By skirting the constraints of domestic shipping, you'll have your next pair of gorp-y footwear headed Stateside in no time. Neither silhouettes are cheap — the sneaker costs ~$360 while the mule is $303 — but that's just the price you have to pay for rare Japanese drip. Once you've decided to part with your money, you'll just have to pick between the all-black and tonal grey color schemes both kicks are available in.