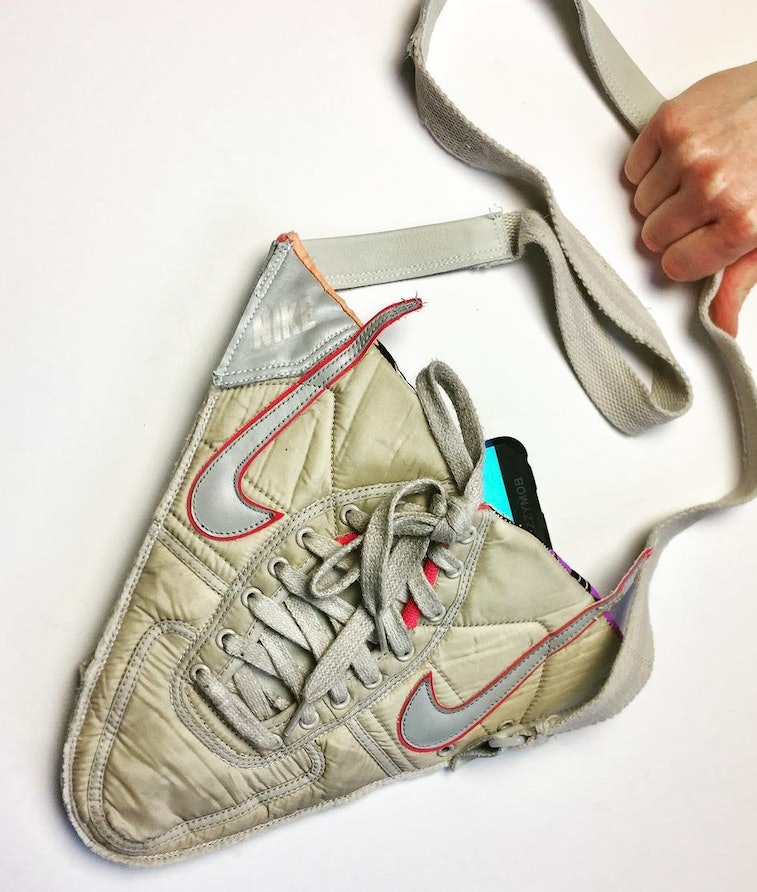 Fashion is killing the planet.

To be more specific, the fashion industry is the second most polluting in the world. It is responsible for six percent of global greenhouse gas emissions, 20 percent of pesticide use, and 35 percent of microplastics in the ocean. That's an incredible amount of damage.

“Sustainability” has become an industry buzzword over the past few years, but streetwear has managed to (mostly) dodge the consumer-led moral reckoning aimed at fast-fashion giants. Still, most streetwear brands are rarely transparent about their production or ethical standards, and the industry itself is inherently wasteful.

The number of garments produced annually surpassed 100 billion in 2014, while $200 billion of unsold stock is currently collecting dust in shop floors and warehouses around the world. And streetwear’s constant cycle of drops simultaneously creates and preys on a false sense of scarcity — when products age out of coolness at such a warped speed, they’re forgotten (or thrown away) way too soon.

Eco-friendly materials are tiptoeing in, but they’re far from approachable. Recent releases like Adidas’ waitlist-only Futurecraft or Noah’s $368 recycled nylon windbreaker are positive signs of progress, but lack the cultural hype or financial accessibility to stick in a mainstream audience. To really achieve an industry-wide mindset shift, streetwear needs to think outside of the lab — and look to materials that already exist.

Upcycling, transforming vintage textiles into something completely new, is a ‘90s-era concept that’s resurging among independent streetwear designers. The accessibility of vintage makes upcycling doable for designers of all levels, while the (relative) affordability of upcycled garments keeps it accessible to customers. With benefits for both sides of the table, and minimal environmental impact, upcycling might be as zero-waste as streetwear can get.

Luckily for the streetwear space (and the planet), a growing community of designers is rewriting the narrative of pre-owned clothing. The following designers upcycle in different forms, at different price points, and for different corners of the streetwear world. But, aside from the medium itself, all three of them share a passion for the human connection and mindset shift that comes with upcycling — and gives it plenty of staying power.

Helen Kirkum is the closest fashion will ever get to a real-life, socially acceptable Dr. Frankenstein, almost down to the credentials: she’s got a bachelor’s and master’s degree in footwear design.

When she became curious about sneaker design, but couldn’t get any hand-me-down pairs from friends, Kirkum headed to thrift stores instead, and was horrified at how many discarded shoes she had to choose from. “In traditional footwear, when soles wear out, they get replaced,” said Kirkum. “You can resole a traditional English shoe up to three times, and it becomes brand new again. In the sneaker industry, that idea was just completely missing.”

“My shoes tell a story.”

But she doesn’t stop at the sole: after a surgical disassembly, Kirkum can craft a single pair of sneakers from the fragments of six. Since opening her studio in 2016, she’s grown a steady clientele for her customs, including Takashi Murakami, and taken her scalpel to nearly every echelon of sneaker. Kirkum’s indifference towards subcultural clout could make a hypebeast quiver in his Jordans, but she believes a shoe’s true value hides in its longevity.

“I wanted to challenge this idea of ‘newness,’” she said. “My shoes tell a story — not only of the old shoes, but the wearers of those shoes, the studio where I've manipulated them — then it's passed onto someone new, and they take that product on its own journey.” Every shoe that leaves Kirkum’s studio is the only one like it in the world. The process looks more like an art investment than a sneaker purchase. According to Kirkum, this long-term mentality is what streetwear desperately needs.

“Thinking about products’ longevity and end-of-life is a massive point that needs to be explored,” said Kirkum. “I'm taking sneakers that have been thrown away because people think they're useless, and I'm remaking them into something that's not just useful, but beautiful.”

Hunter Huelle fell in love with fashion between the racks of Colorado thrift stores, combing for looks that emulated his ‘90s hip-hop icons. He ended every haul by dumping out his shopping bags and shuffling pieces around, playing with contrasting colors and textures.

Despite being an avid thrift store shopper, sustainability wasn’t on Huelle’s radar until he attended Pensole Academy’s apparel program in 2019. His mentor, Nike veteran Angela Medlin, shared the facts of fashion’s reality — which catalyzed the launch of his upcycle-only brand Humans Uniquely Expressed. “[Medlin] taught me how much pollution comes from the fashion industry... it really bugged me,” said Huelle. “Not that my brand is going to make huge waves, but I'm at least going to take my own responsibility into my own hands.”

Huelle’s superhuman eye for vintage grails, and ethos of individuality, ensure that every scrap of material is used with intention — from combining a Chicago Bulls hoodie with a Chicago theater’s merch, to hemming a Polo jacket with the lining of a Ralph Lauren suitcase. The more hype he sees around his own repurposed products, the more optimistic he feels about streetwear’s sustainable future, at least within his tax bracket.

“This movement of upcycling is the coolest thing I've seen in my fairly short lifetime,” he said. “[Sustainability] is becoming more relevant, but I really want the bigger brands to take note of it. Us smaller guys, we can focus on it more, because we don't have to meet these quotas and pump out all this stuff.”

As a longtime designer for Ellesse and Hi-Tec, Liz Ratcliffe was comfortable dissecting sneakers by the time she impulse-bought a leather sewing machine last year. She started unravelling her husband’s neglected Nike Air Maxes and experimenting with the scraps — but instead of putting them back together, she turned them into bags.

Unlasted blossomed as a passion project and form of anti-waste activism for Ratcliffe, who has now molded her family’s beaters or thrift finds into totes, crossbodys, fanny packs, even Jacquemus-esque mini bags. “I love that you can take something made for a specific purpose, totally reinvent it, and make something new,” she said.

Although upcycling is approaching trend-territory, Ratcliffe stresses shopping for the long-haul. “We all need to think about how much we consume, it’s so easy to just buy something new instead of repairing or repurposing,” she said. “My dad was always fixing and making things — that generation would try to fix an appliance before they bought new. We don’t seem to have that same mentality.”

“This pandemic is a catalyst for change.”

Ratcliffe wants to continue nurturing Unlasted as a platform of visibility for upcycling — she’s currently on the hunt for footwear-centric nonprofits to partner with. As for the future of zero-waste streetwear, she sees light at the end of 2020’s tunnel. “I think this pandemic is a catalyst for change, people are thinking more about how they want to live,” said Ratcliffe. “Hopefully, people will also start to think about how much they buy.”

Kirkum, Huelle, and Ratcliffe paved three different paths into upcycling, and currently sit in three different camps of the streetwear space. Whether sustainability started as a side effect or founding catalyst, it has evolved into the core passion fueling their shared design ethos. With a growing community of designers like them, turning to discarded materials and slower processes for items that are actually accessible, streetwear might just stand a chance in reducing fashion’s carbon footprint.