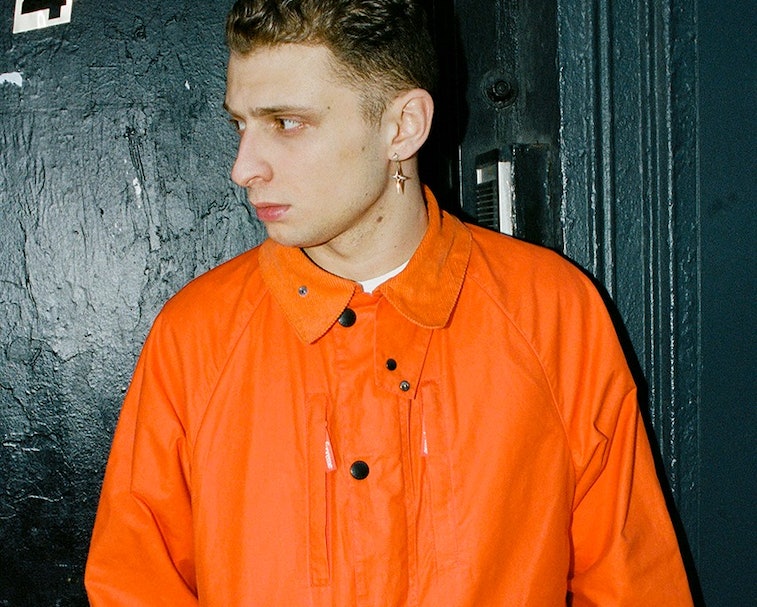 One of the best Supreme releases of the SS20 season is getting a restock. The trio of Barbour waxed cotton jackets released in early May will re-release this Thursday, July 30, through the British heritage brand's website. This marks a rare restock for Supreme, as permanent items like the Hanes T-shirts and Nike Air Force 1s are the only items to be available more than once. It's also uncommon for a collaborator outside of Nike to stock Supreme product.

Why it bangs — Barbour began business in 1894 importing oilcloth, an early form of waterproofing favored by seafarers. While it didn't invent paraffin waxed cotton, the company refined and popularized the practice while making gear for farmers and those who worked at sea. Barbour would become even more popular in the the 1930s, when it began producing the first waxed cotton motorcycle jackets.

To this day, Barbour remains the go-to source for waxed cotton jackets. And as waterproofing has expanded to include much more technical materials, Barbour jackets serve as more classic alternative. The company will also repair and rewax all of its jackets — an endearing form of customer service that's becoming increasingly scarce.

Supreme's twist — The jacket at hand is inspired by the Barbour Bedale, one of the brand's most popular offerings dating back to the '80s. Supreme makes it its own with a pair of lively color treatments, leopard print and safety orange. A third black version keeps things more muted, while maintaining Supreme branding on the zipper pulls.

A range of accessories — consisting of crusher hats, camp hats, and waist bags — will also re-release in the same three colors.

Get the jackets on the low, or at least regularly priced — Since selling out, the Supreme Barbour jackets have been reselling for up to $750, a sharp increase from the original $498 price tag. Retail will still be expensive, but with Barbour's restorative services there's no reason why the jacket can't be a piece you hold onto for life. And because of its classic nature, you'll never have to worry about it going out of style — something you can't say about Supreme as a whole.