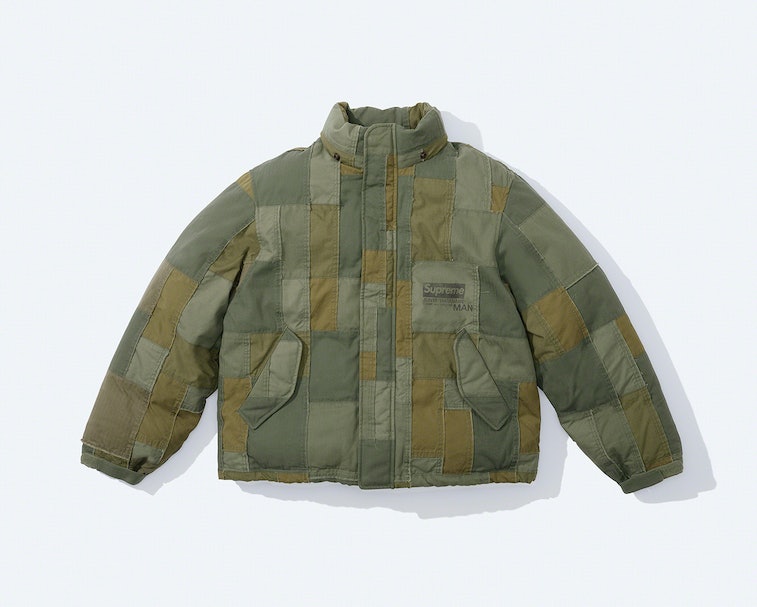 The Japanese designer, now collaborating with Supreme for the first time, worked as patternmaking apprentice at Comme des Garçons before launching his eponymous line under Rei Kawakubo’s brand in 1992. While still operating under the Comme umbrella, Watanabe is heralded for his use of disparate patterns and materials for his abnormally constructed garments. He’s garnered a cult following of his own, and a heavy shoutout from Kanye West on the recent track “Junya” has brought newfound attention from the dedicated disciples of all things West.

Now, Supreme is tapping into the archives of Junya Watanabe Comme des Garçons Man for a broad collection of apparel, specifically focusing on its FW16 collection Both of Watanabe’s work with technical materials and more classic silhouettes are represented in the collab, and even if you’ve grown less enthusiastic about streetwear’s leader in hype, Junya is a refreshing addition to the world of Supreme and an instant highlight of the FW21 season.

A contender for best puffer of the season — A patchwork puffer jacket constructed with several military shades is quintessential Junya Watanabe. Also available in a more tactical black, the puffer comes with a stowable hood and faint co-branding. It’ll probably be the most sought-after item in the collection and for good reason — it’s the perfect piece to bring Junya Watanabe to a new audience, and it’s an absolutely stunning option for bundling up this winter.

Elsewhere on the outerwear front is a Schott leather peacoat and a denim parka with matching pants equipped with Gore-Tex. Both come with text-heavy print, the latter adorned by a message indicative of both Junya and Supreme’s most ardent fans: “When acquired it is more important than life itself, it is the immortal state of love, the supreme virtue of all virtues.”

The same text also appears on a plaid work jacket, while a brushed camo sweater also serves to invoke Junya Watanabe’s talents in bringing together disparate elements of fashion. For those less ready to dip into the avant-garde graces of Junya, colorfully striped T-shirts and patchwork hoodies include original artwork from Bugsex.

As always, Supreme’s Junya collab will release as part of its weekly drop at 11 a.m. this Thursday, November 4 online and in stores. With both Kanye and Supreme co-signing Junya Watanabe, you can also expect increased competition for the designer’s archival pieces as he may suddenly become more hot than ever.