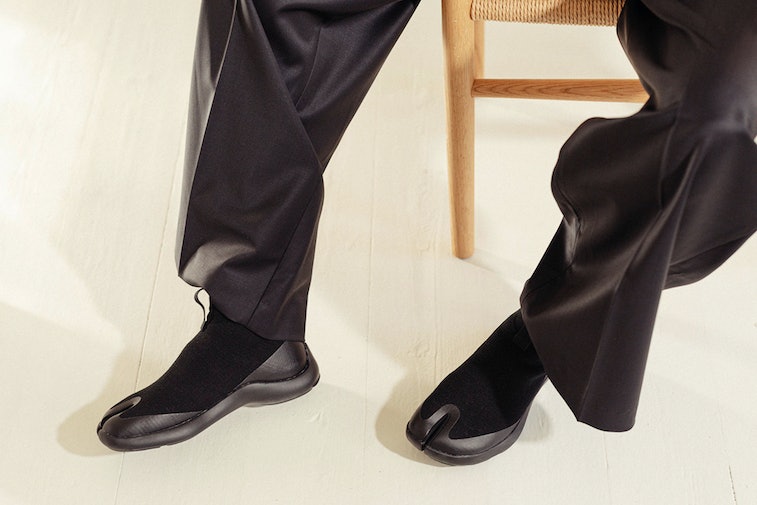 Maison Margiela’s tabi shoes are some of the most iconic (and divisive) shoes around. The silhouette, which splits its toe in half, offers wearers the illusion of hooved feet. While other versions of the tabi exist — Nike has its Air Rift — none are comparable to Margiela’s version of the shoe. The high-end iteration retails anywhere from $610 to $1,720 and is in demand enough that people buy them off auction websites, often for inflated prices. Margiela didn’t invent the tabi, but it’s fair to say its split-toe shoes are a status symbol in their own right.

The luxury label proves not all tabis are built the same — but to Tabi Footwear, that’s not necessarily a bad thing. The brand is revamping the split-toe shoe to benefit feet with a design based on the foot’s natural biomechanics, offered at a fraction of the cost of Margiela’s tabis, and made with recycled materials.

Based on the OG — Founded by Eik Braun-Ottosen, Tabi Footwear is rooted in function. Its shoes center around the concept of “innate amplification” and strengthening the wearer's physical abilities, not unlike the original tabi created by Japanese workers. At the time of the tabi’s invention around the 15th century, the split-toe shoe was thought to promote balance by separating the big toe from the rest, a holistic reflexology strategy said to promote a clear mind and help connect to your sense of self.

To build on this design, Tabi Footwear’s shoes are built with minimal fabric, allowing wearers to feel a special kind of grounding that transcends a physical feeling, encouraging them to take more attentive steps. The label’s tabis, which boast a flexible Scandinavian sock-like design, are also made of a fully degradable and recycled Tencel fabric. Such material maximizes breathability, comfort, and sustainability, resulting in a tabi that’s more than just looks.

Make a split decision — An array of tabi styles, including different colors and silhouettes, are available on Tabi Footwear’s website. The split-toe shoes retail between $140 and $154, making them much more digestible (and accessible) to consumers. For those that have previously eyed Margiela’s cult tabis, these are the obvious alternatives — benefitting both your feet and the planet.