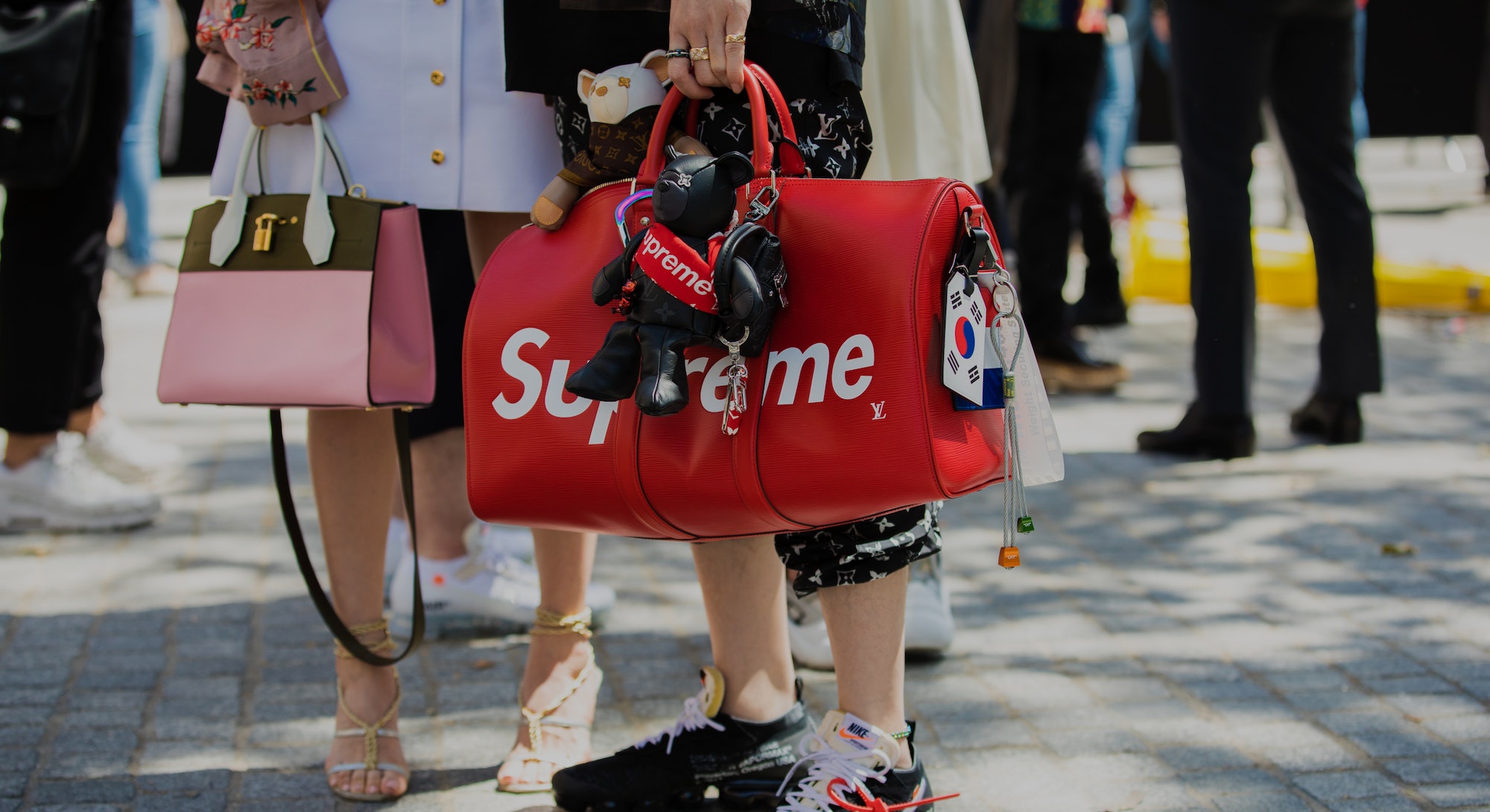 Every week in the world of streetwear and sneakers brings the same story.

As another hyped release comes and goes, it leaves the vast majority of people empty-handed and leads to another round of complaints on social media. If you haven’t seen someone expressing their hatred of Nike SNKRS app, you’re well away from the noise generated by such coveted products.

This week, the blank space in this regular game of Mad Libs was filled by Nike’s “Mamba Week.” Ostensibly done to honor the memory of Kobe Bryant, the series of releases began Monday with a “Black Mamba” Los Angeles Lakers jersey and a Kobe V Proto sneaker in the team’s colors. Both would be fondly appreciated by a fanbase that extends well beyond the world of streetwear and sneakers, but few could get their hands on them because of an instant sellout. The ensuing complaints ended up as a trending topic on Twitter, with Chrissy Teigan of all people deriding the release as “gross.”

For fans of the late basketball great who don’t normally operate in this world, it was an introduction to what has become an unfortunate reality. Streetwear and sneakers, once fawned over by a small subculture, have become mainstream and almost impossible to acquire. It’s a game of haves and have-nots, the former of which is largely composed of people armed with pre-programmed bots or the money to purchase in the inflated resale market. In this lottery-like atmosphere, the winners get the opportunity to profit off the losers — which feels particularly insidious when the products being sold were made to commemorate a dead man.

The solution to this problem of exclusivity has long been obvious: make more product. But few brands have been willing to change, which made it all the more noteworthy when Telfar put its in-demand Shopping Bag up for pre-sale. Telfar Clemens launched his namesake unisex brand in 2005 with an emphasis on inclusion. As a Black, gay man, Clemens is still a rarity among the public-facing figures in fashion, and he’s made a point of making products that are both accessible and cater to the desires of marginalized communities.

Telfar’s Shopping Bag, first introduced in 2014, has been the showpiece of this pursuit. Made of vegan leather, the bags are priced between $150 and $260 depending on size — a fraction of the cost of typical “it-bags.” They’ve become an atypical hit in the past few years largely because of this emphasis on accessibility. The bags are so popular, in fact, that they’ve begun selling out in under a minute, creating room for the same resale market that plagues streetwear and sneakers.

“We are not about hype and scarcity.”

Because such a phenomenon runs counter to the very purpose of the Telfar Shopping Bag, the brand took back control last week by putting its most coveted product up for presale for 24 hours. “We are not about hype and scarcity,” Telfar said in its announcement. “We didn’t set out to make an impossible-to-get product. … The pre-order poses as a novel business solution to overwhelming demand, as the brand is now unsure of how many bags need to be actually supplied to fully meet demands.”

Supreme, largely responsible for drop culture as we know it, launched product in limited numbers in its early days because of the same reason. It simply couldn’t afford to be stuck with leftover stock at the end of the season. And when Supreme did begin to sell out its offerings, it turned to a weekly drop model already popular in Japan to ensure that its store wouldn’t be empty for a large portion of the year.

Such sales practices have become the industry standard, but the landscape is entirely different today. When it comes to its most beloved products, especially any variation Box Logo hoodie and T-shirt, Supreme could afford to produce immensely larger runs and still guarantee a sell-out. The same could be said of Nike with its most high profile collaborations, which this year have included Virgil Abloh, Travis Scott, and the Grateful Dead.

And yet, the status quo continues. The giants of streetwear and sneakers continue to hold scarcity above all and leave the vast majority of its followers unsatisfied. An argument can be made that this scarcity is indeed the reason the products that cause such hysteria are held in high regard, but that’s more relevant to a brand’s early days. At this point, there’s little Supreme or Nike could do to kill their goodwill among hypebeasts. If everyone could have a Supreme Box Logo or an Abloh-designed Nike sneaker, everyone would still want them. While the resale market is down for the Adidas Yeezy Boost 350 V2 as it’s become available in larger numbers, it still routinely sells out.

There’s little Supreme or Nike could do to kill their goodwill among hypebeasts.

The only people who would lose if these brands would adopt measures similar to Telfar’s are the resellers. These vultures are the reason why streetwear and sneakers are significantly less fun these days. The products they’re profiting off of were originally designed for communities that weren’t being served by the predominant forces in fashion. More affordable staples including T-shirts and hoodies became precious goods for those entrenched in skateboarding, hip-hop, punk, and other subcultures. A “for us, by us” mentality reigned supreme — and the masses didn’t get it.

Now that they do, the original adherents are boxed out, as is anyone who’s young and genuinely interested but doesn’t have gobs of their parents’ money. What you wore used to say something about your other interests or, before online sales, where you’ve been. Spotting a similar item today likely tells you nothing more about the person wearing it than that they have the funds to play or were extremely lucky.

Expecting this to happen on a widespread basis is probably no more than wishful thinking, but some moments call for pre-orders more than others. Supreme’s Box Logo T-shirt designed by Takashi Murakami raised more than $1 million for COVID-19 relief by sticking to business as usual. Had Supreme done pre-orders, it could have increased the amount by several degrees by giving fans what they want. If charity is really the focus, why not maximize the revenue?

The circumstances around Nike’s Mamba Week also qualify as extenuating, as there’s been little in the way of official product available since Bryant’s passing in January. Millions of fans around the world would have loved the opportunity to show their devotion through what they wear. Instead, only a fraction of those people had the opportunity — and we have the gross reality of these products selling for three to six times their retail price through outlets like StockX and GOAT.

Brands like Nike and Supreme have become what they are because of their early devotees, but clinching to scarcity has left those loyal fans behind. By doing little to address the barriers that have been enacted by a hype-induced landscape, it says they don’t care who gets hands on their products or if they become a windfall for those savvy and shameless enough to rig the game in their favor. Resellers, it seems, are the only ones truly thriving in this environment. Everyone is left to cry over unobtained milk on social media.

If Telfar has shown a commitment to its principles through its presale program, those who continue with the status quo expose their lack thereof. Telfar hasn’t had to do this for all its catalog, but it’s identified what drives the most interest and adapted accordingly. Fashion’s old guard is often criticized for being stuck in its old ways, but the driving forces behind streetwear and sneakers are holding onto their own set of isolating practices.