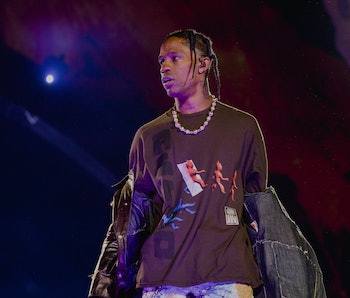 Travis Scott has pledged $5 million in donations for a new philanthropic effort called Project Heal. Backed by his Cactus Jack Foundation, a series of philanthropic and investment efforts will focus on four pillars related to education, mental health, and addressing “safety challenges for large-scale live events.”

In November, 10 people were killed and hundreds more were injured at Scott’s Astroworld festival in Houston. Several lawsuits have been filed against the rapper and organizer Live Nation, and Scott’s responses to the tragedy have been largely criticized. His partnership the mental health app BetterHelp was seen by many as a branding exercise as much as an effort to help, and in his first interview after the festival Scott stopped short of apologizing while insisting that he “didn’t hear” cries for help during his performance.

As part of its efforts to address concert safety improvements, Project Heal will fund the US Conference of Mayors Task Force of Event Safety as well as a tech product solution "currently in development." The task force plans on conducting research into the field of large-scale events and will publish a report of recommendations to be adopted across the country.

What else will Project Heal do? — Aside from addressing the shortcomings that lead to the tragedy at Astroworld, the Travis Scott-backed project is also focusing on education through a $1 million scholarship fund at Historically Black Colleges and Universities.

Seven figures in funds from Project Heal will also go toward the CACT.US Youth Design Center, a multi-use workspace in Houston that fosters future creators and inventors in middle and high school. The Center will expand with a new creative design education program conducted in partnership with a "leading HBCU" to give students, especially those with low incomes, the opportunity to hone their skills.

Project Heal's final initiative targets mental health and will include the launch of a free crisis-care hotline and online channel for young people in need of help. Janice Beal, a Houston-based psychologist, will spearhead the mental health efforts that'll also provide resources to area schools.

“My grandfather was an educator who made a difference in thousands of young lives throughout his life. He is a major influence on me and countless others, whose dreams he believed in, whose hopes he invested in, and whose futures he made big,” Scott said in a press release, “It’s in his spirit that we are creating projects and programs that will look to the future of our communities and create hope and excellence in as many lives as possible.”

More like this
Andrea Carrillo
8.4.2022 5:30 PM
Style
New California law targets single-use plastics in fashion and beauty
Max Collins
8.10.2022 12:00 PM
Heart in a Blender
The Eve 6 Guy advises a married guy obsessed with another woman
Maya Ernest
21 hours ago
Style
The lightest, coolest running hats to get you through summer