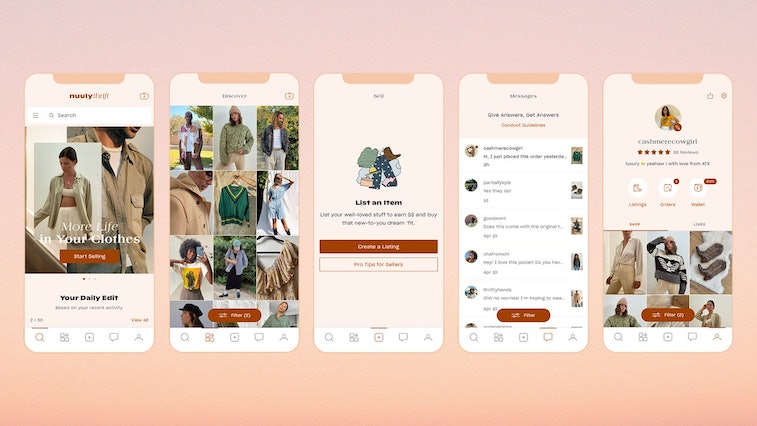 Urban Outfitters is getting into the resale market with the launch of its app Nuuly Thrift.

Beginning today, buyers and sellers can use the app as a marketplace for apparel and accessories from any brand, regardless of if it’s affiliated with Urban Outfitters. Money earned can be directly deposited into a seller’s bank account or converted into Nuuly Cash, which increases its value by 10 percent and can be redeemed within the app itself or through Urban Outfitters’ owned brands including Anthropologie.

The launch of Nuuly Thrift comes among a digital boom for clothing resale, as the secondhand market is expected to hit $51 billion by 2023, according to research from GlobalData PLC. This summer, Etsy announced it would acquire Depop for a deal worth $1.63 billion, while Poshmark launched an IPO in January putting an initial valuation of the company at more than $3 billion.

Going hand in hand with rentals — Urban Outfitter’s new resale app comes as a companion to Nuuly Rent, which launched in 2019 as a subscription service for clothing rental. Now, once an item has reached the end of its rental life through Nuuly, it’ll then go up for sale through the resale app.

“Our job is to grow,” David Hayne, president of Nuuly and CTO for Urban Outfitters, told the Wall Street Journal in August when the resale app was first announced. “From a thrift standpoint, we know that if we don’t provide the platform it’s not going to keep sellers from selling on other platforms. These secondhand experiences are happening whether we’re playing in them or not.”

Nuuly Thrift is initially being launched as an iOS exclusive, with plans to expand to web, Android, or other platforms yet to be announced. A 20-percent commission will be applied to each item’s listing price upon sale, which is higher than its competitors; Depop charges a 10-percent fee, and Poshmark charges a flat fee of $2.95 for every sale under $15 and takes a 20-percent commission for any item that sells for more.