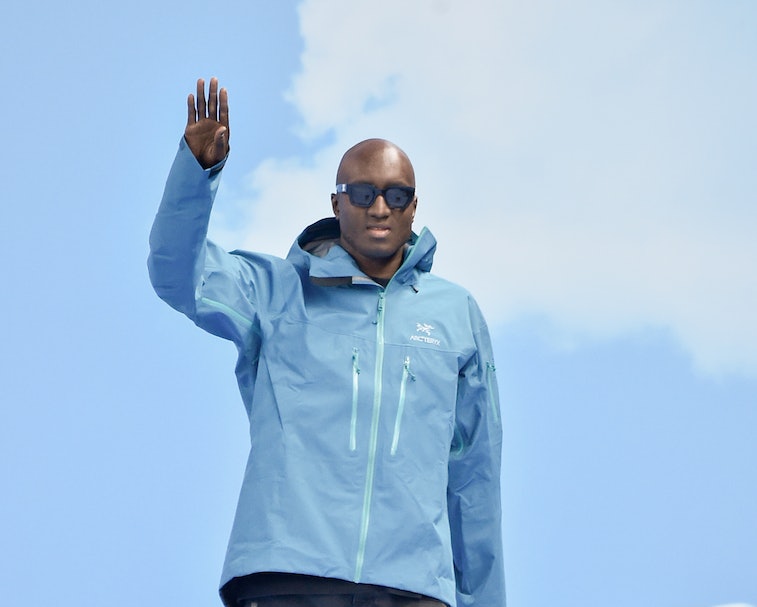 As the world remembers Virgil Abloh, Louis Vuitton has announced its upcoming show — Abloh’s final work as the brand’s artistic director — would be dedicated to the late designer.

The Spring/Summer 2022 collection, named “VIRGIL WAS HERE,” will be presented in Miami. “In loving memory of Virgil Abloh, Louis Vuitton pays tribute to the life and legacy of a creative genius with a presentation of his SS22 collection in Miami,” the brand announced on social media with a two-minute long clip. The brief video depicts a child riding a bicycle through the city, from the beach all the way to a red hot air balloon.

“A visionary” — Abloh, who passed away on November 28, privately battled cardiac angiosarcoma, a rare, aggressive form of cancer. He did so while working as the head of his label Off-White, artistic director of Louis Vuitton’s menswear, and longtime creative director for rapper Kanye West. The designer was a leader — if not pioneer — in contemporary visual culture, luxury branding, and streetwear.

Though Abloh’s work was met with a mixed critical reception and raised eyebrows among the designer community — some of whom considered it more “copying” than “creative” — his influence was undeniable. He created a world that empowered the modifiers, the remixers, the curators, and anyone else once on the outside looking in on the fashion industry.

“Virgil was not only a friend, great collaborator, creative genius, visionary and disruptor, but also one of the best cultural communicators of our times,” Michael Burke, Louis Vuitton’s chief executive, said in a statement. “He paved the way for future generations. As a devoted supporter of his community through his charities and passions, he was an eternal optimist who believed anything was possible,” the statement continued. “Louis Vuitton will proudly continue to celebrate his legacy with a final show in Miami, per his wishes.”

Watch here — According to The Business of Fashion, the Louis Vuitton show will include 72 looks from Abloh’s Spring/Summer 2022 collection, first teased in a video posted in June. It will also feature an additional 30 styles, including a grey formalwear theme.