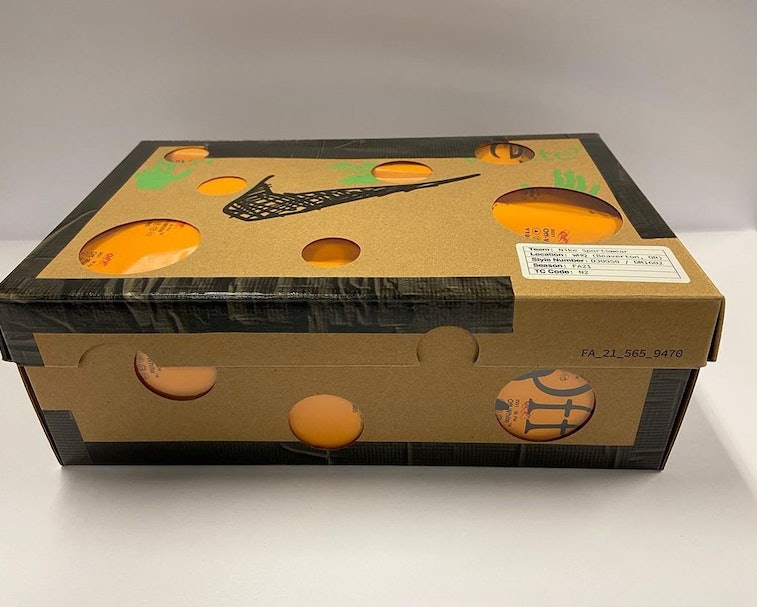 Off-White and Nike have been uncharacteristically quiet this year, but that’s finally set to change with a new collaborative collection on the horizon. Virgil Abloh took to Instagram to tease a new capsule called “Dear Summer” — which he says is “a whole thing.” Frustratingly, all Abloh showed was a new box for the yet-to-be-seen sneakers, but the noise around the collaborators could give an idea of what to expect.

Off-White’s Instagram account shared images of the unreleased Air Force 1 “Lemonade,” which was previously worn by LeBron James at this year’s NBA All-Star Game. According to the post, the sneakers will be the staff shoes for Abloh’s upcoming "Figures of Speech" exhibition at the Institute of Contemporary Art in Boston. While the yellow AF1s could be exclusive to staff and anyone else Abloh deems worthy, a proper release still hasn’t been ruled out.

“It was 2017 [when] I started drawing those 10 Nike shoes,” Abloh said on Instagram. “In my mind they are not literal shoes, but are more like sculptures a full-on art object made in multiple editions, somewhat scarce. They exist in a space all their own. Where the plot thickens on the design side is the portal to tell stories as vivid as a HOV triple entendre or a Jeezy ad-lib...”

The collection could also include Dunks — Even more anticipated than Off-White and Nike’s Air Force 1 “Lemonade” are their new collaborative Dunks, of which images have been leaking since last year. According to reports, a whopping 50 different versions of the sneaker will release with varying Swooshes, laces, and a coordinating number plate on the midsole.

50 sneakers would certainly qualify as “a whole thing,” although reports have indicated that Abloh’s Dunks wouldn’t release until this fall. If that is still the case, an additional “Dear Summer” collection would mean an even greater explosion of Off-White and Nike sneakers in the landscape.

For now, we’ll just have to wait to confirm what’s really in store for the “Dear Summer” collection. And with all the options already in front of us, it’s hard to imagine we’ll be disappointed.