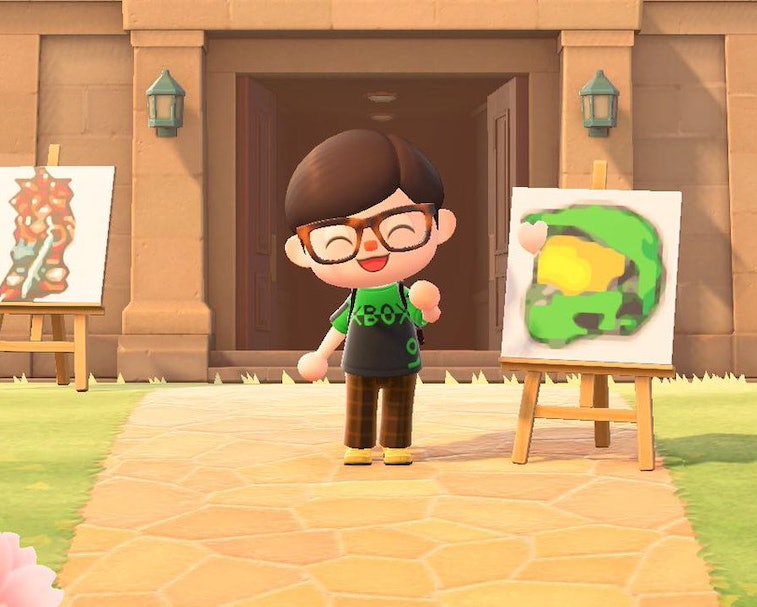 Animal Crossing: New Horizons is a Nintendo Switch exclusive, but that isn't preventing Xbox from taking part in the game's great style revolution. Microsoft created custom Xbox apparel for anyone wishing to represent a whole other console while playing on the Switch. The offerings consist of a black and green T-shirt and a black and white hoodie, both bearing Xbox's name.

A virtual fashion party — As many players across the world are social distancing because of the coronavirus pandemic, Animal Crossing has become a poppin' avenue for sartorial expression. Unable to get fits off in real life, AC fans have created an impressive amount of custom clothing based on actual designs from brands like Burberry, Supreme, and Raf Simons. 100 Thieves, a gaming-inspired clothing brand, released codes for every single item it's ever released. Apparently, Xbox just couldn't resist taking part in the phenomenon.

More fan-made Xbox designs — Some of the replies to Xbox's tweet are expected — e.g. "Bring the game to Xbox then!!!" — but digging through them reveals fan designs that are even cooler. One player created a hat with the Xbox logo, while another made a really dope Halo Infinite hoodie.

And then there's this reply, which sums up the whole experience for those of us who don't have a Switch: