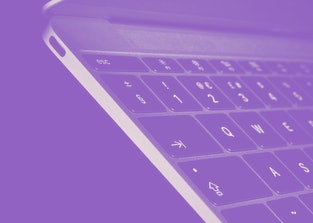 How long the new MacBook might last on a single charge.

Apple’s first ARM-based laptop will be a 12-inch MacBook — and it could be launching in the next few months if a new report from The China Times is to be believed. The laptop would be a revival of the 12-inch MacBook that Apple killed off in 2019 after just a few years on the market.

Since Apple announced its transition to custom ARM-based chips at this year’s WWDC, we haven’t heard much in the way of actual products that will use the "Apple silicon." That means analysts and industry insiders have been lighting up with rumors and in-talk about the details of Apple’s fancy new laptops.

The China Times reports that people close to Apple’s supply chain believe the 12-inch MacBook successor will use Apple’s new A14X chip, codenamed “Tonga,” and could launch as soon as this year. The laptop is rumored to have a battery built to last between 15 and 20 hours — numbers unheard of for a laptop.

But this is just that: a rumor. We’ve seen others claiming Apple will launch other laptops as its ARM flagship device and, given the company’s silence on the matter, we’ll need to wait for an official announcement before getting our hopes too high.

What’s the big deal with this chip? — To put it bluntly, Apple’s transition to in-house chips is a game changer. Apple will no longer rely on Intel’s chip developments for its own laptop upgrades, for one thing. More importantly, creating an Apple-specific chip will allow the company to utilize its silicon to the utmost degree.

That means — and this is by no means an exhaustive list of benefits — much better power efficiency, boosted performance, and more harmony between apps and hardware. Apple Silicon will, overall, allow Apple to make its most impressive products yet.

Other rumors are swirling, too — Contrary to this new report, noted Apple analyst Ming-Chi Kuo has speculated that a 13.3-inch MacBook Pro could be the first new device to use Apple’s ARM chip. He predicted that this laptop would be available in either late 2020 or early 2021.

Kuo has also said he believes we’ll see a MacBook Air with Apple silicon around the same time. MacRumors speculates that this could, indeed, be the 12-inch device reported by The China Times.

Rumors are also circulating about a new iMac next year using Apple’s custom chipset with a custom graphics processing unit (GPU). That machine won’t be available until next year at the earliest, according to those familiar with the matter.

In a few years’ time, we’ll all be using Apple’s custom processors, Intel-based Macs, perhaps, a distant memory for everyone but the power user who needs the legacy compatibility. In the meantime, we won’t be holding our breath on the validity of these rumors, but they do sound plausible, especially as Apple looks toward the upcoming holiday season.