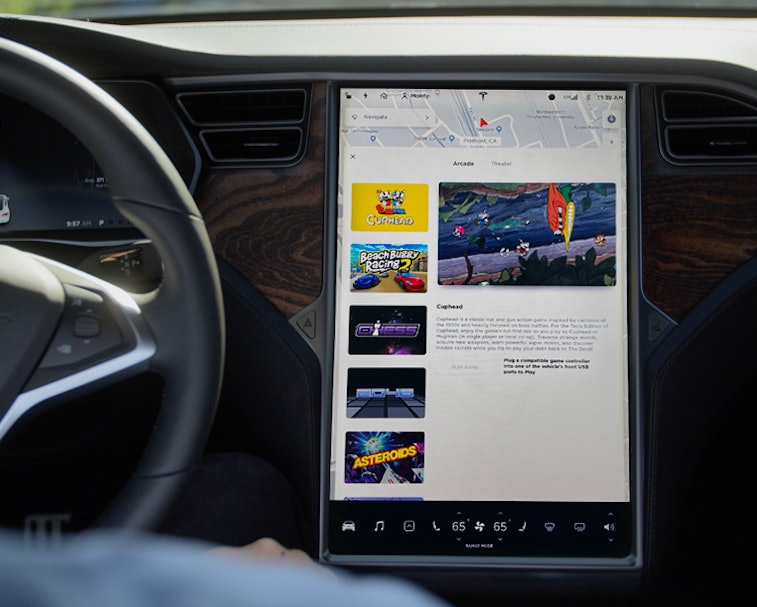 Earlier this year, Tesla began offering an impressive infotainment system upgrade for existing Tesla owners: for $2,500, older Model X and Model S owners could add video-streaming capabilities and video games to their existing setups. The upgrade left out one pivotal piece of technology, though — a radio receiver.

This move apparently angered enough Telsa owners that the company is now offering an additional radio upgrade for a casual $500. Yes, Tesla watched its customers complain about paying $2,500 dollars for an entertainment center that actually removed a central entertainment component, and the company’s solution is to ask for an additional $500 to put it back.

Remember when Apple took away the iPhone’s headphone jack before anyone was ready to make the switch? This feels like that all over again, except this is even more egregious, seeing as you truly cannot access the radio without, well, a radio. But at least Tesla is offering a solution, however egregious. Apple won't even accept money to renege on its decision.

None for you, AM — That $500 fee isn’t only for those who have already upgraded their infotainment systems and want to add the radio — customers upgrading now will still need to pay the separate fee for the radio attachment. That adds up to $3,000 — plus taxes and fees — for a new entertainment system with radio reception.

Tesla has also stipulated that the new radio will not have the ability to tune into AM broadcasts. Users will only be able to tune into FM and Sirius XM radio. For, we reiterate, $500.

Radio is actually important, though — Tesla’s logic in removing the radio in the first place was simple but flawed. Fewer people listen to the radio than ever before, so why not lower the production cost of the infotainment center and take it out?

Tesla’s mistake was in blindly thinking customers would be okay with losing their radio access. Radio is still widely used for news, emergency broadcasts, and general entertainment. It’s available even where data connections are poor, so you don’t have to rely on Spotify for tunes. Even if you do go for the $500 radio upgrade, you'll be without AM reception — which is how public authorities usually broadcast alerts and updates.

Of course people want radios in their cars. Or a large number do. It’s wild that we’re even having this conversation right now. If you’re going to charge customers a few hundred dollars for a radio tuner, it had better at least look stunning and be able to rewind live broadcasts.