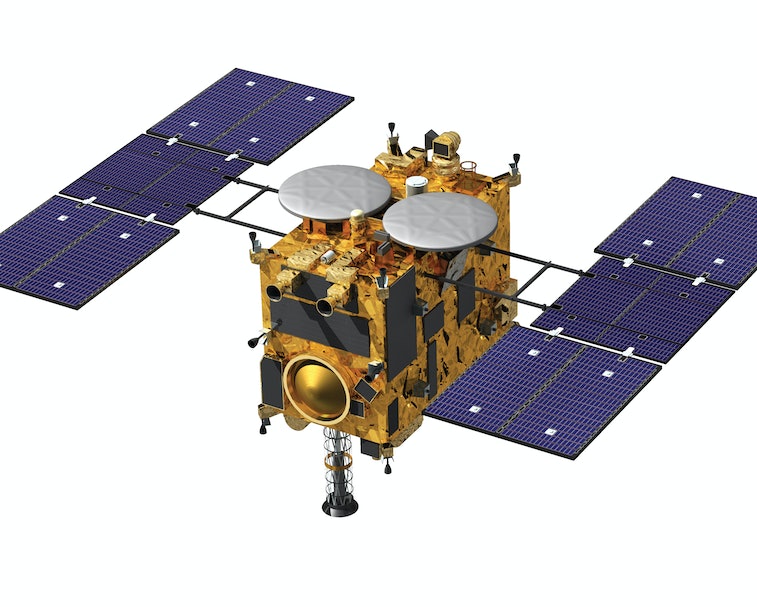 If all goes as planned, we're gonna get some badass, hi-res images of Mars within the next few years, courtesy of the Japanese Aerospace Exploration Agency (JAXA) and the Japanese Broadcasting Corporation (NHK). The organizations' upcoming Martian Moons eXploration (MMX) program aims to launch in 2024 and will include an 8K camera to capture Mars in ultra-high-definition.

As the mission's name implies, the Martian Moons eXploration aims to help researchers gain a better understanding of the beginnings and evolution of Mars' two satellites, Phobos and Deimos, as well as their relationship to the planet itself. The space probe will travel the 186 million-mile journey equipped with a state-of-the-art, 8K-resolution "Super Hi-Vision Camera" currently being developed by the NHK. "Images taken at regular intervals are partially transmitted to Earth to create a smooth image.

The original image data is planned to be stored in a recording device in MMX's return capsule and brought back to Earth," states a press release from last week. If that isn't nifty enough, the mission also includes a trip to the surface of Phobos, where the spacecraft will collect sand from the moon's surface for further study here at home.

Japan isn't the only country heading to Mars — Meanwhile, NASA is offered us "Mars Scent" colognes, t-shirts, fanny packs, and football swag to celebrate the launch of its newest Perseverance Rover back in July. Don't let the gimmicks fool you, though. Perseverance includes its own set of kick-ass cameras to start beam images back to Earth once it touches down on February 18, 2021.