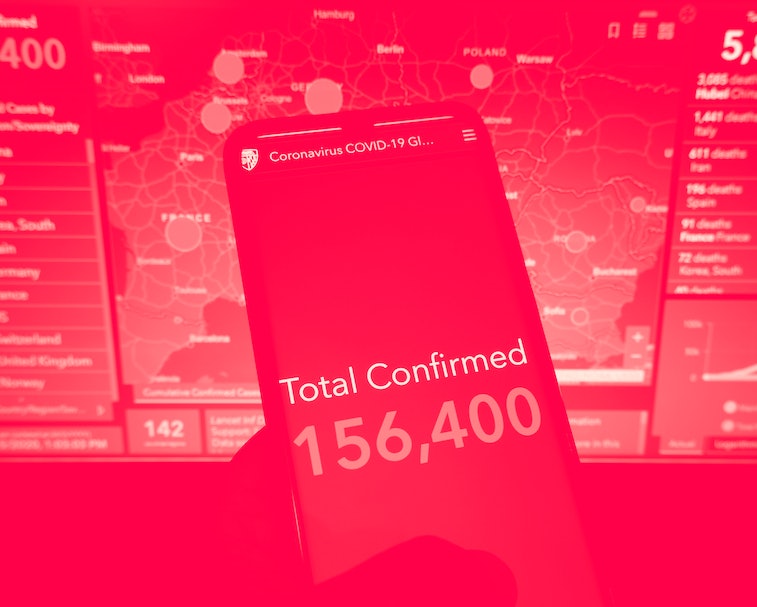 At least one malicious app claiming to track coronavirus cases has turned up on the Google Play Store, DomainTools reports. The app uses intense Android permissions to change the user’s lock screen password — and then asks for a $100 ransom in Bitcoin to reinstate access to the phone. Fortunately, the app only works its malicious magic on devices running a version of Android older than Nougat (7.0), but that also means it's most likely to affect those with cheaper, older phones or tablets.

In times of panic it’s all too easy to turn to quick solutions when looking for help. But the most obvious solutions can also be the most dangerous, especially when companies like Google aren't doing their fair share to mitigate malicious apps. It’s important to check reputable sources when looking for information related to COVID-19 and other critical matters. And to tell those you love to do the same.

Google needs to crack down on Play Store uploads — Google’s Play Store has a history of allowing less-than-savory apps into its virtual marketplace. Last month, Google had to remove more than 600 apps with “disruptive ads” from the Play Store after finding they violated the store’s policies. Plenty of other, even more malicious cases have been reported, too, such as a third-party keyboard with malware that was downloaded from the Play Store more than 40 million times before Google spotted and removed it.

This is not an isolated problem. Google seems either unwilling or incapable of keeping up with the many, many apps being uploaded to its Play Store. The company needs to adopt a proactive strategy, rather than a reactive one, if it hopes to keep its users out of harm’s way.

Stay safe digitally, too — While we’re all taking extra precautions to combat the spread of a physical virus, virtual safety can quickly fall by the wayside. There are plenty of people looking to capitalize on the spread of COVID-19 for personal gain, which means we all need to be more diligent than ever in protecting our devices and data.

Of course, it would also be helpful if Google tested apps for malware before allowing them into the Play Store. But that might take a while, so, for now, it’s on us.