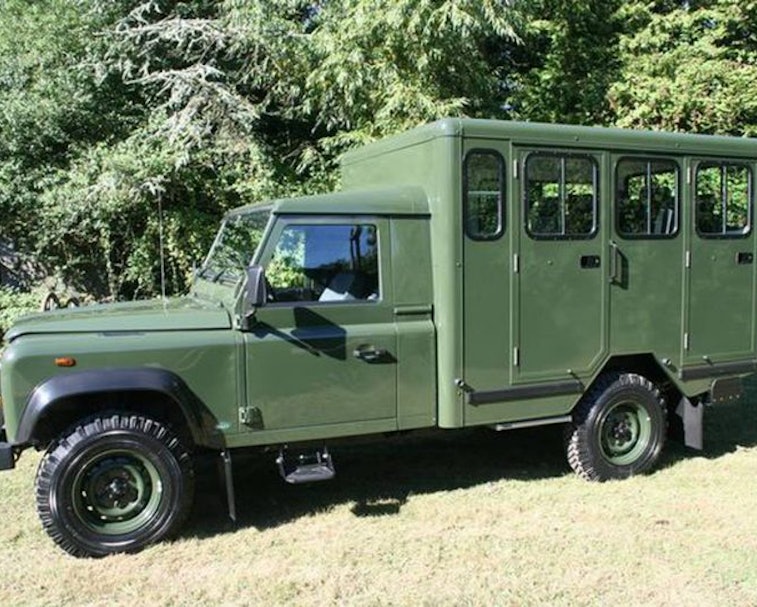 Following his death last week, Prince Philip, the Duke of Edinburgh, will be taken to his funeral ceremony in a hybrid-electric Land Rover. The custom vehicle was commissioned by the duke himself back in 2005.

The car is a modified Land Rover Defender 130 Gun Bus, and an upgraded version was reportedly delivered to Prince Philip back in 2016. According to the British press, Army engineers are working on changes needed for the Gun Bus to carry a coffin.

Jaguar Land Rover has been slow to the electric game, today only offering the luxury Jaguar I-Pace and a plug-in hybrid Land Rover variant. The company isn’t expected to launch its first all-electric Land Rover until 2024.

Eco-theme — Prince Philip died last Friday at Windsor Castle, just two months before what would have been his 100th birthday. It’s been reported that his final wish was that “they just stick me in the back of a Land Rover, and drive me to Windsor.” The British Royal family has long been loyal to the hometown brand, with pictures over the years showing the family often traveling in Range Rovers.

The hybrid-electric transport isn’t the only way that the duke’s funeral will be eco-friendly. He will also be laid to rest in a woollen coffin, which is biodegradable.

Eco-friendly funerals have slowly been gaining traction. They’re often cheaper than traditional ceremonies and eliminate waste that can produce carbon emissions. For many people it comes down to legacy — they don’t want to go out harming the environment.