“Since the moment someone figured out how to record moving images, people have been making adult movies. We thought it was important to not only preserve but modernize these films.” 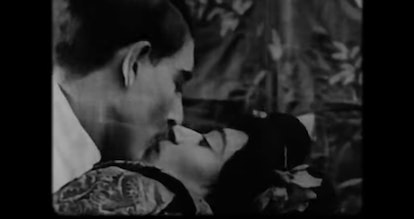 New frontiers — There already exist algorithms that can colorize old black and white films and images. People sometimes do this as a fun exercise to better imagine what, for example, the ‘70s-era streets of Brooklyn might have looked like. In layperson’s terms, an algorithm is fed sample data — like films and TV shows — to generalize what colors are typically associated with different objects (i.e. a fire hydrant is red). The algorithm is then fed a black and white image and colors everything in based on its learnings.

“Since the moment someone figured out how to record moving images, people have been making adult movies,” said Pornhub. “We thought it was important to not only preserve but modernize these films, and we are very excited to include this selection of artfully restored vintage material to our library, allowing users to indulge in old-school erotica from a bygone era.” At the very least, the scenes are interesting to look at in historical context, to see that people had the same fantasies in the past as they do in the present. They were just less open about it than people are today.

Keep in mind, colorizations are not a 100 percent accurate representation — we don’t know what the actual colors looked like. Think of it more as an adaptation of the original that transforms access and makes it easier to... imagine yourself in the scene.

More like this
Annie Rauwerda
5.12.2022 11:33 PM
Ethics
The AI-powered Am I the Asshole spinoff is back and better than ever
Chris Stokel-Walker
5.23.2022 5:35 PM
Literature
I had Google AI narrate my audiobook. The results were... not terrible.
Ian Campbell
5.16.2022 5:45 PM
Tech
Uber is piloting two types of robotic food deliveries in Los Angeles