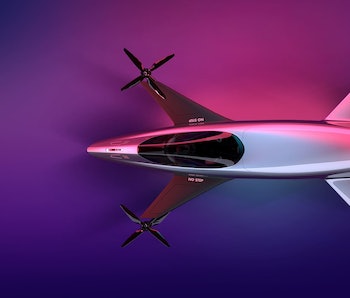 An eVTOL company called Alauda plans to launch Airspeeder, the world’s first racing series for electric flying cars, starting later this year. The company recently announced new hires from the likes of Boeing and Renault F1 who will help advance the development of vehicles in the rapidly emerging space.

Emerging industry — eVTOL, which stands for electric vertical takeoff and landing, describes a type of aircraft similar to a helicopter but which is believed to be more cost-efficient to operate while producing less of the noise that makes helicopters less ideal in cities. As the cost of batteries has declined, a large industry has emerged around eVTOLS with the hope they will someday be used as air taxis in urban environments.

Big names on board — Alauda says that Airspeeder has brought on new hires from the likes of McLaren, Jaguar Land Rover, and Renault F1. Brett Hill, an engineer from Boeing, is joining Alauda to head up the development of its Mk3 and Mk4 Airspeeder crafts. Judith Griggs will lead global rights acquisition and management of Airspeeder as a sporting entity. Previously she spent 27 years at Formula 1.

There’s little publicly available information on Alauda, but the Australian company was founded in 2015 and has backing from logistics giant DHL, sUAS News reports. The company is specifically tailoring its flying vehicles to sports, which it says will help advance the development of eVTOL technology.

eVTOLs use series of rotors which each have their own electric motor, lending operators the ability to fly slowly or hover in place by adjusting the speed of one or more of the rotors. They basically look like drones, though pictures shared by Alauda show its sporting vehicle looks more like the podracers from Star Wars.

Proponents of eVTOLs say that they will arrive before self-driving cars, as the skies are clear of obstructions and therefore easier to navigate. Joby’s aircraft are not autonomous, however. Developing infrastructure like landing pads is one concern that needs to be overcome, as well as safety certification.

Joby Aviation has said it plans to launch commercial operations in the United States in 2024 before expanding globally.

Alauda says that its first races will be remotely piloted, but the plan is to eventually have people piloting the from the cockpit.