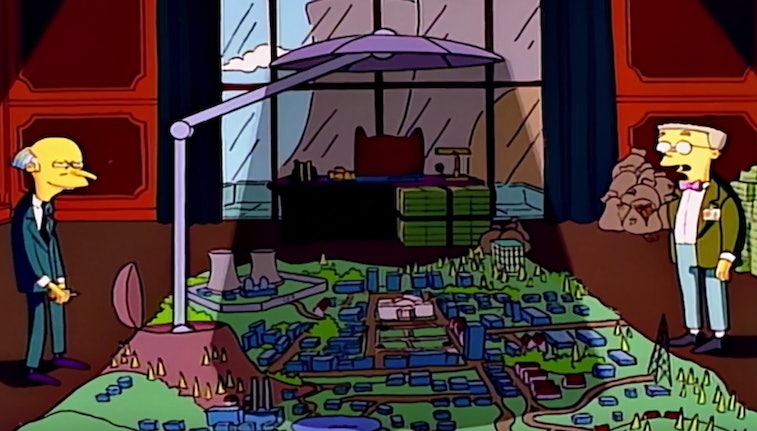 This may come as a surprise to some, but building a supercomputer ain’t cheap. In fact, some might argue that it is, in scientific terms, extremely pricey. To help circumvent that roadblock, more and more researchers are turning towards cloud computing networks to help take on workloads and datasets that normally have been reserved for single, massively powerful machines. Often, these cloud networks are provided by everyone’s favorite dystopian monolith, Amazon... and now they’re being used for some appropriately dystopian climate modeling.

Per a recent rundown over at Gizmodo, scientists at the nonprofit organization SilverLining are exploring the possibilities of “solar radiation management” with the help of Amazon cloud computing. With Bezos’ networks, SilverLining is able to build models of Earth’s climate wherein humanity releases tons of minuscule, reflective particles into the stratosphere to mimic a volcanic winter. If you find the idea terrifying, ludicrous, ironic, and/or already explored via The Simpsons: Don’t worry, you aren’t alone.

The potential to go very, very wrong — While a moonshot solution such as limiting the amount of solar radiation heating the planet certainly could solve the existential threat of climate change, as Gizmodo notes, it also could simply worsen our situation. “The studies that have been done suggest it could pose dangers, including unleashing crop die-offs and essentially being impossible to stop once a solar dimming program begins,” the article explains. It also notes that... well, we are really in a tight spot right now, so literally no idea is off the table at the moment.

Decolonizing research access — In a much broader sense, however, using cloud computing networks instead of single, private supercomputers could vastly open up research opportunities to scientists in countries lacking access to such technology, or even the infrastructure to support decent internet speeds. “In theory, if you have them on the cloud, then you really open up the ability to work on these things to exponentially larger numbers of researchers, let alone people who aren’t researchers,” Kelly Wanser, SilverLining’s executive director, explained.

The irony is not lost on scientists — Of course, the paradox of relying on Amazon of all companies to help research climate change solutions is not lost on the researchers themselves. “It’s going to be really, really hard for us to solve the climate crisis if we’re not working with the corporations that operate at scale in the system,” Wanser said. Fair. As the saying goes: There’s no ethical consumption under cloud computing. Or something similar.