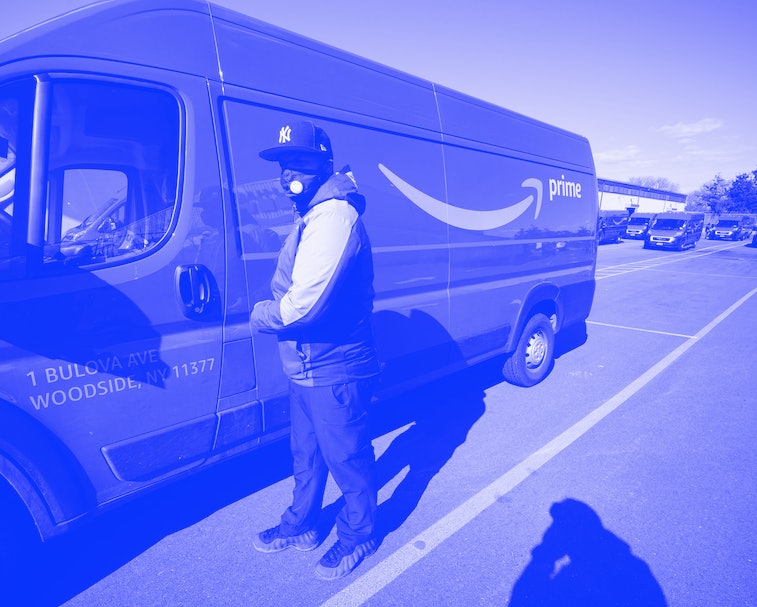 Amazon is planning to delay this year's Prime Day bonanza of capitalism until at least August, Reuters reports. The company initially seemed on track to hold its annual sales event in mid-July and wassending emails as late as this week asking merchants to prepare inventory and specials. Amazon declined to comment on its plans in an email to Input.

According to the report, Amazon expects to lose $100 million from devices like its Echo-enabled range of devices that it expected to sell during Prime Day but may now have to heavily discount to partially recoup.

Prime Day is Amazon's proprietary Black Friday for its loyal subscribers, and it's largest shopping event of the year. The company says Prime Day 2019 surpassed Black Friday and Cyber Monday combined. Last year it offered steep discounts to Prime members on over 175 million items. Amazon's own products typically do the best, with its Echo speakers and Fire TV sticks consistently being top sellers.

Merchants have an incentive to discount their products for the two-day sales event because Amazon says Prime Day gives them a substantial boost in sales, resulting in increased turnover, if not necessarily revenue given the discounted rates. In 2019, third-party merchants did more than $2 billion in sales during Prime Day, far exceeding any other sales event.

As the deadly COVID-19 coronavirus outbreak continues to worsen, Amazon has been prioritizing the delivery of essential medical supplies, going as far as telling merchants to stop sending new inventory to its warehouses unless it fits the criteria. The company has faced criticism, however, for not offering enough protection to its workers actually fulfilling orders in its facilities.

Yesterday a memo leaked in which Amazon executives disparaged a worker from a Staten Island fulfilment center who had been fired after protesting for paid sick leave and other benefits meant to protect employees from COVID-19. The company has temporarily raised hourly wages by $2 per hour but at least one case of coronavirus had been confirmed there, and workers claim multiple other cases have gone unreported by Amazon. $2 per hour is obviously not worth your life.

Those issues made it surprising when Amazon said earlier this week it would go ahead with Prime Day, but it seems the company has had a change of heart in the days since. It's one Amazon decision of late we definitely support.