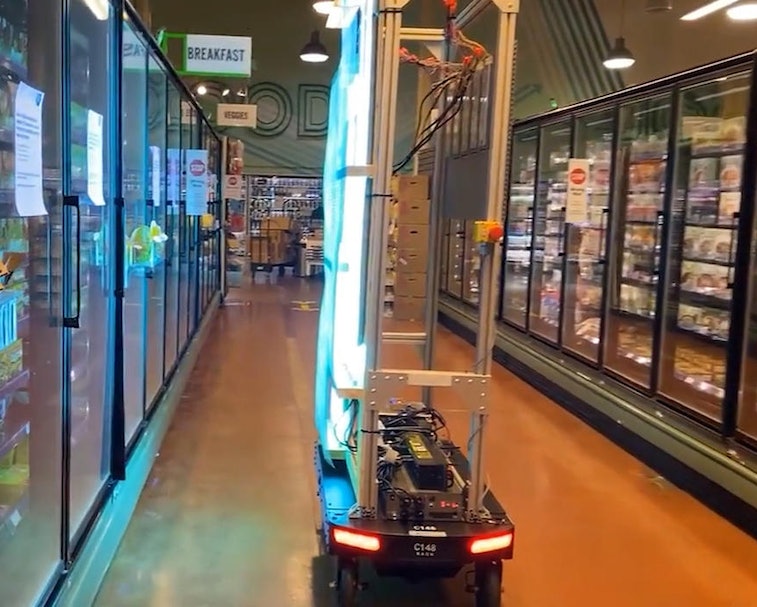 In a video shared with 60 Minutes, Amazon showed off a roaming robot covered in ultraviolet bulbs. The company’s robotics division developed the machine to disinfect warehouses and Whole Foods locations, according to Business Insider. The robot isn’t currently in use, but the company is “excited about the possibilities.”

Shining a light on COVID-19 — Despite the blundering way Trump introduced the prospect of utilizing UV light against SARS-CoV-2, UV light is a serious protective tool for disinfecting surfaces and air (not people). Several companies have already deployed robots, similar to the one Amazon is testing, for use in airplanes and hospitals. Unlike the unidirectional wall of UV light on Amazon’s robot, others lean into omnidirectional designs that can disinfect the likes of hospital rooms and airplane cabins in three to five minutes.

Distract us with a robot — The disinfecting robot was unveiled during a report about Amazon’s lackluster coronavirus worker protections that have been implemented with all the speed of molasses. Multiple workers were fired for protesting the lack of protections at warehouses, a decision that pushed Tim Bray, former Amazon vice president, to quit on moral grounds.

More recently, both Amazon warehouse and Whole Foods workers went on strike for increased protections. But hey, the company's working on a robot, so everything’s going be fine.