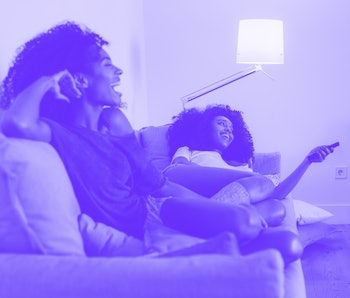 Amazon is adding support for individual user profiles to Prime Video. The feature means that households sharing one Prime account will be able to maintain separate watch histories and receive their own personalized recommendations.

No more Spongebob for mom — The ability to create user profiles is a pretty table stakes feature on streaming services as people tend to share one account between friends and family. But while you might share accounts, you're less likely to share tastes, so user profiles ensure the recommendations you receive aren't gunked up with content tailored to other people (or some composite of all of you). If you have kids, it's been basically impossible up until now to dig yourself out of recommendations for Daniel Tiger.

Prime Video is specifically gaining support for up to six separate profiles, and you can designate these as adult or child accounts. Children's profiles will, by default, be limited to presenting content and recommendations that are age-appropriate, but parents can also dive in and filter out any further content they might object to. Children's accounts cannot make purchases.

Streaming wars — Amazon has made strides in turning Prime Video into a worthy contender against Netflix and a host of new rivals from Disney+ to HBO Max. Prime Video offers features like X-Ray, which can identify the names of actors appearing in any scene of a video, and Watch Party, which allows Prime subscribers to watch movies and TV shows with up to 100 of their friends.

Amazon has produced some hit originals like Fleabag and Honey Boy, though with Disney+ killing it and NBC's Peacock service coming soon that will offer a large catalog of existing hits, Prime Video still has to work to keep up. Fortunately, most people subscribe to Prime for free shipping and Prime Video is still just a dessert. In the future, it could incentivize customers to keep paying the annual fee as Walmart prepares to launch its own subscription delivery service later this month.