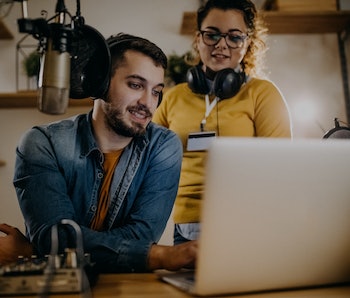 Anchor has been a boon for the podcast industry as its platform makes it easy for anyone to create, distribute, and sell ads against a podcast. But it's a double-edged sword because, it turns out, users have been uploading ripped versions of popular podcasts and then monetizing them with Anchor's automated ad-insertion tools. The Spotify-owned company says it is now addressing that.

Platform problems — After popular shows like Serial and Nice White Parents were found copied on the service, Anchor says it will implement new rules and checks on people who want to monetize their shows, and make it easier for creators to report copied shows in instances where its automated tools fail to catch them.

Anchor has been warned about the problem by Barstool Sports CEO Erika Nardini as well as other publications including Digiday. As an open web platform for user-generated content, Anchor is liable if it doesn't respond to copyright claims and take down stolen content in a reasonable period of time. The company told The Verge that it simply never anticipated that users would download podcasts elsewhere and reupload them to Anchor.

Podcasting is mainstream — Under the new system it sounds like Anchor will conduct heightened scrutiny on the podcasts that apply for monetization. Nefarious actors have a big incentive to reupload popular podcasts because Anchor allows users to distribute their podcast to all the major platforms including parent company Spotify and Apple Podcasts. Many podcasting apps use Apple's RSS feed to source their podcast libraries, so distributing through Anchor can reach nearly all listeners.

It's kind of understandable that Anchor didn't envision this issue — but only a little bit. Podcasting went years and years as a niche medium before blowing up in 2014 with the release of Serial. There was no money in it. But now Spotify has invested more than $500 million into the industry, including by purchasing Anchor, and recently signed an exclusive deal with Joe Rogan for an estimated $100 million. That company sees podcasts as the future as it can sell advertisements against them and doesn't have to pay out exorbinant fees to the music industry. There's a lot of money on the line, so Anchor is adapting.