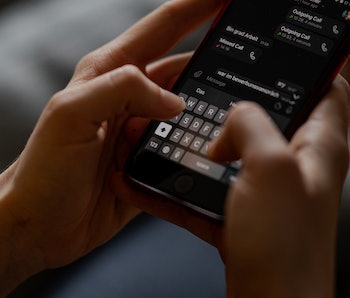 All smartphones running Android 6 and above will soon get a feature that restricts an app’s permission to access sensitive phone features if it hasn’t been opened in several months.

The feature was first announced with Android 11, but the expansion of auto-resetting permissions across older operating systems means that “billions” of Android phones should be covered, Google says. The feature is designed to prevent apps from accessing areas of your phone like the camera or storage if you haven’t used them recently. Maybe you downloaded a novelty camera filter app and only used it once or twice; auto-resetting permissions should prevent it from siphoning off information unexpectedly.

Google explains in a blog post that it is releasing the feature because it can be difficult for users to keep track of what apps they’ve granted permission:

Most users spend a lot of time on their smartphones. Whether working, playing games, or connecting with friends, people often use apps as the primary gateway for their digital lives. In order to work, apps often need to request certain permissions, but with dozens of apps on any given device, it can be tough to keep up with the permissions you’ve previously granted – especially if you haven’t used an app for an extended period of time.

Anyone who’s used a service like Twitter or Facebook has possibly experienced frustration when they found spam shared through their accounts. Often this happens because they granted access to a service that has since been compromised. So, cybersecurity experts commonly advise regularly checking the services you’ve granted access to your online accounts as a form of digital hygiene.

FAQ — All devices running Google Play Services on Android 6.0 or higher will get the privacy feature, but Google says that it has to be enabled manually for apps that haven’t been updated to work with Android 11.

Android devices used to have much poorer security, as smartphone device makers and carriers had to modify every new operating system release to work with their specific hardware. Google has “app-ified” many system features of the OS now, however, so that updates can be released through the Play Store just like any other app. The only downside to this is that to get many useful features, you must be using Google’s version of Android that includes its pre-installed suite of apps. Google will protect your privacy so long as its ad business is safe.

Auto-resetting permissions should begin arriving in December for supported devices.