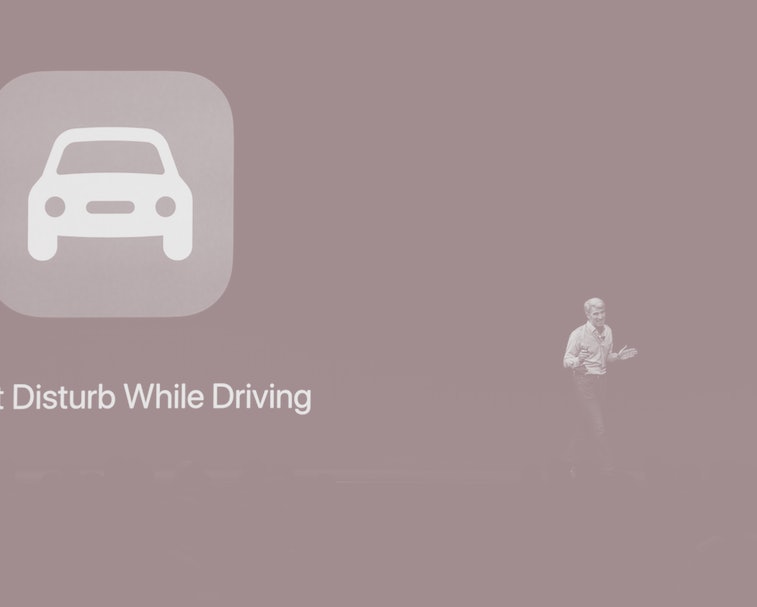 The Apple Car does not exist. Or wait — yes it does? Some sources familiar with the inner workings of Apple’s extended auto-making experiments say the project is basically dead of its own accord. Others working closely on the Apple Car team have divulged that the project is alive and well, thank you very much.

A new report from Bloomberg claims the project isn’t just alive — it’s actually received something of a turbo boost from its new head, Kevin Lynch, who took over after Ford poached the Apple Car’s previous leader. The project’s already-ambitious goals have reportedly been elevated, too. Apple is now said to want its car to have no steering wheel and pedals, requiring no human intervention at all.

Apple loves a good reveal, so it’s kept official details of its house-made car very much under wraps since the project began. Any information we’ve become privy to has been thanks to leaks and insider chatter. Hence the back and forth every few months for the last half-decade or so. The majority of these reports document Apple’s struggles with its electric car project, sometimes called Project Titan. Overwhelming setbacks are a common theme in Apple’s car development.

And yet here we are, once again, spinning the wheels of the rumor mill.

Full speed ahead — The Apple Car has always presented formidable challenges for Apple, a company that has never built a vehicle in its life. But the direction Lynch has now chosen is particularly demanding.

Project Titan has explored many potential routes in its lifetime. For a long time, it seemed Apple had chosen for its first car to be a relatively standard all-electric vehicle, perhaps with some assist features similar to Tesla’s Autopilot. But Apple has also consistently discussed pushing beyond that to create a vehicle that will, at launch, be fully autonomous.

That’s the direction Lynch has reportedly chosen to move forward with. As if that weren’t ambitious enough, he’s also put the Project Titan team on a firm roadmap to release the Apple Car by 2025.

It’s not happening — Project Titan has hit so many stumbling blocks over the years that it’s difficult to believe it’s even managed to stay upright. Most recently, reports warned that finding a manufacturing partner for the Apple Car’s battery had proven so problematic it brought the project to a near-standstill. None of the top battery-makers wanted to commit to the intense needs of the project, last we heard. Other potential partnerships have sizzled out in similarly depressing ways for Apple. Hyundai, rumored to be deep in talks with Apple about manufacturing the car itself, eventually dropped the idea.

Doug Field’s departure from leading the Project Titan team seemed also to point toward trouble. Lynch seems to have taken on the role of team lead with tenacity, though.

Yes it is — However many times it falls apart, Project Titan somehow manages to get back up on its feet. The company is now reportedly nearing completion for a dedicated processor for its self-driving car, bringing it much closer to Apple’s ambitions.

Other recent reports have also portrayed Project Titan’s progress in a more positive light. Though its Hyundai talks may have stalled, Apple is also reportedly speaking to other legacy automakers like Toyota about production possibilities.

Obviously, the Apple Car’s fully autonomous ambitions are a long shot. (Take a look at Tesla’s progress on that front, if you don’t believe us.) Releasing it by 2025 will be nigh impossible. But the iPhone seemed impossible before its release, too. More than anything, the accelerated timeline reiterates that the Apple Car is very much alive. Allegedly. For now.