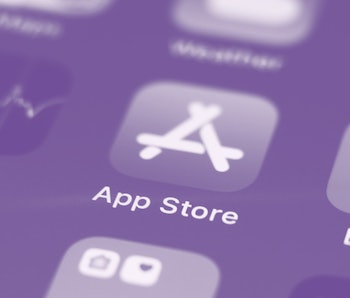 Apple is beginning to feel the pressure from regulators around the world. The company yesterday announced that it will allow certain apps to include a link to an external website where users can create and manage accounts. The new policy will essentially allow developers of “reader” apps like Spotify and Netflix to avoid paying a commission to Apple that they normally would if they included payment set up directly in their apps.

According to Apple’s guidelines, reader apps are those that provide content — like movies and music — but that require a subscription to use. Popular apps like Netflix and Spotify do not let users subscribe directly through their apps, because doing so would incur a 15-30 percent commission by Apple every single time the subscription renews (typically monthly).

Regulators circling — The change comes in response to an investigation by the Japan Fair Trade Commission, though Apple is facing scrutiny across the world over the strict rules it imposes on app developers, who are required to offer their apps through its official app store. Apple has long argued it imposes rules and charges fees in order to maintain a safe marketplace for users, but critics say it’s really just using its control to make money as services revenue becomes increasingly important to its bottom line.

The CEO of email app ProtonMail went so far as to call Apple’s policies “mafia extortion” after it demanded the company offer users the option to pay for a subscription inside its app. Netflix and Spotify have been exempted from these demands, another point of contention by small developers.

Under the new change, Apple will still decide what constitutes a “reader” app. The company has been known to enforce its rules inconsistently, so we’ll have to wait and see what apps are allowed to link out to an external website. The policy is set to roll out in early 2022.

Other changes — Apple is also making another change that will allow app developers to inform customers outside of their iOS apps that they have other options for payment besides the App Store. Many developers offer purchases at a lower price if they’re made outside the Apple’s store, because they don’t incur a fee as high as 30 percent. These changes came as a proposed settlement in a class-action lawsuit with developers and may not necessarily be approved by a judge.

The tidal wave of legal challenges against Apple — not even to mention its legal battle with Epic Games — is finally forcing it to loosen up restrictions on iOS apps. The mobile operating system is extremely locked down, more so than any other general-purpose computing platform around. That could possibly be seen as anti-competitive, as Apple can choose which ideas are allowed to succeed on iOS and which are not. And the company also essentially raises prices for consumers with its “Apple Tax” on in-app sales, which is also potentially a violation of monopoly regulations. The question for many becomes, should Apple be able to dictate what users install in the devices that they own?

It’s good to see the government doing its job for once. Apple publicly says it’s a benevolent actor, only doing what’s best for consumers and the public at large, but that argument hasn’t convinced many at this point. If it was truly acting solely in the interest of safety, why is the App Store reportedly so profitable for Apple? It’s not like Apple needs revenue from the App Store to fund development of iPhones either — iOS devices are already a money printer in an of themselves, so Apple can’t easily argue that it needs to charge fees to sustain itself.