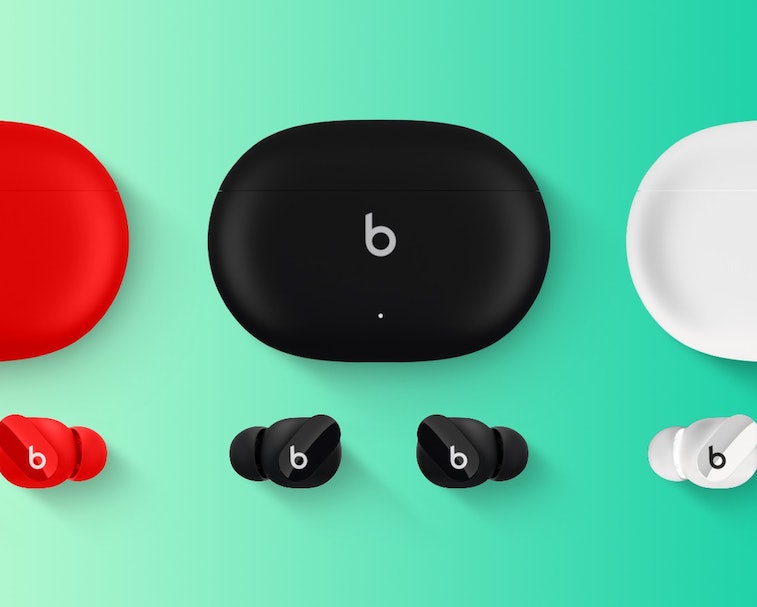 It seems that Apple is working on a new pair of truly wireless earbuds under the Beats brand. Called the “Beats Studio Buds,” images and videos referencing the new product were spotted in the beta version of iOS 14.6.

Apple made an oops — 9to5Mac and MacRumors both reported on the development of the Beats Studio Buds. Videos buried inside iOS 14.6 don’t leave much to the imagination, showing animations of the headphone setup and charge process as you’d expect from the AirPods.

The Beats Studio Buds look very reminiscent of the AirPods, featuring two earbuds tiny in size that charge magnetically in an oval-shaped case.

Beats already sell a pair of truly wireless earbuds, the Powerbeats Pro, but those are designed for exercising and feature an ear hook to keep them in place as wearers move around forcefully.

Design considerations — Anyone who owns the Powerbeats Pro knows those ear hooks make for a large footprint — the case is big and chunky, and not very pocketable. Some people complain the AirPods Pro fall out of their ears constantly — Apple could potentially offer silicon wingtips with the Beats Studio Buds that would help them stay in place without making them too large.

A different form factor also might generally appeal to people who don’t like the AirPods iconic design, with its white color scheme and microphone stem that protrude out of the ear. The Beats Studio Buds appear to sit more flush inside the ear, like Samsung’s Galaxy Buds or Amazon’s Echo Buds.

Apple just announced that its subscription streaming service Apple Music will gain support for lossless audio beginning in June. Its AirPods Pro and AirPods Max products will be left out, however — it’s possible Apple will release the Beats Studio Buds to coincide with the launch of lossless audio. It might be difficult to support the technology, however, due to limitations with Bluetooth. Whether or not the forthcoming Beats will be affected, though, remains to be seen... or heard, rather.

More like this
Jackson Chen
8 hours ago
Tech
Everything we know about the AirPods Pro 2
Will Gendron
6.15.2022 12:00 AM
Tech
Sonos mistakenly sends customers extra speakers, now wants them back
Jackson Chen
6.15.2022 3:54 PM
RIP Lightning
Apple switching its base iPad to USB-C makes perfect sense