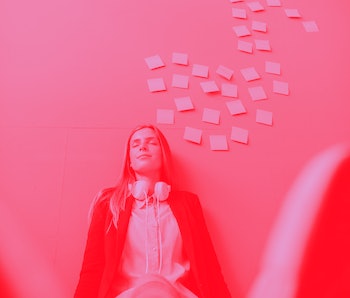 One of the least-updated Apple apps, Music Memos, is finally meeting its end. According to 9to5Mac, Apple is ending updates for Music Memos. The awkward middle child between Voice Memos and GarageBand was never truly meant to live forever and had repeated internal bugs, affecting usability. After March in 2021, the app won't be available for download.

Launched in 2016, Music Memos was Apple's way to help people "capture and organize" their musical imagination. As a Music Memos user, you had the ability to record a piano composition or a guitar track — any instrument for that matter — and then allow the app to detect the notes for you. It worked for iPhone, iPad, and iPod and had the ability to store your memos with tags, titles, and even ratings in a user-created library. Some loved it but over time, many others complained that frequent bugs in the app rendered it nearly impossible to use.

Now Apple says that users will have to rely on Voice Memos or GarageBand instead, which will be a transition process. It's a smart move on part of the company; discontinuing updates altogether without an additional offer would have made Music Memos users unhappy. But by offering a Voice Memos integration, people can still carry their musical work on.

What Apple says — 9to5Mac highlighted a support document from Apple, in which the company states:

The Music Memos app won’t be updated after Music Memos version 1.0.7, and you won’t be able to download it after March 1, 2021. If you have an iPhone with iOS 14 or an iPad with iPadOS 14, you can continue to use Music Memos. And if you’ve previously downloaded the app, you can still access it from your App Store purchase history. But you should export your Music Memos recordings to your Voice Memos library to make sure you keep all of your recordings.

This statement from Apple sounds like the complete and rather disappointing opposite of the ambitious tone it had in 2016. That year, upon release, Music Memos was billed almost as Apple's revolutionary musical program, which would supposedly change how iOS users experience sound itself. From now on, however, when you open Music Memos and record something, you will be given a prompt that your "recording is moving to Voice Memos."

Although Apple never openly said it, the company's love for Music Memos gave the impression that it favored the app over Voice Memos, the much more pragmatic and rather straightforward app that simply stored your voice recordings. It took four years for the company to realize that both apps are somewhat identical. It's a little comical then that Apple's favored Music Memos had to be sacrificed.

More like this
Ian Campbell
5.23.2022 6:30 PM
Squircle
Instagram's visual refresh doesn't make me want to click buy
Will Gendron
11 hours ago
Design
Apple will finally make deleting your app accounts less of a nightmare
Will Gendron
5.24.2022 11:34 PM
Tech
Coinbase has been testing an app that allows staff to rate each other