Apple is suing an electronics recycler for reselling thousands of iPhones 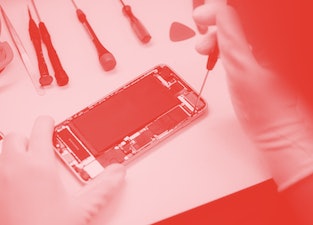 Roughly how many Apple devices Geep sold instead of recycling.

Apple is suing the Canadian electronics recycling company Geep after it was found reselling Apple devices that were supposed to be recycled as per their agreement. For its part, Geep says that three of its executives were selling the devices in secret and that they alone should be liable for damages.

The lawsuit by Apple seeks compensation totaling the profits of all the resold devices plus an additional CAD $31 million (USD $23.3 million).

Recycle vs reuse — While Geep did violate its contractual agreements, it's worth pointing out that the consensus in the sustainability field is that reselling is much more environmentally friendly than recycling. By lengthening the life of an item, you're saving the energy required to dismantle and produce items from the new raw material.

But Apple probably doesn't want to support that because, you know, extending the life of an iPhone means selling fewer new iPhones today. Saying that it's recycling sounds nice but it's not going as far as Apple could. It'd rather you send your old phone to the company and receive a credit towards a new one rather than selling it into the used market.

So yes, two things can be true here at once: Geep should pay back the money since it didn't recycle the devices as promised. Someday these devices will need to be recycled when they really are at end-of-life, and Apple needs someone it can trust. But it should also try reselling before sending to a recycling facility. Apple said it found many of the iPhones it sent to Geep ended up connecting to a network again, so clearly they were still good.

Apple isn't a saint — The company, it should be noted, also has a notoriously bad history with repairs that could extend your device's usable life. Apple makes repairing onerous for third-parties like small independent shops. The new T2 chip means that many new MacBooks and other hardware cannot easily be fixed by anyone except an authorized repair shop that's required to pay Apple a fee and adhere to specific guidelines, therefore raising prices for everyone.

Fortunately the growing "right-to-repair" movement hopes to enshrine laws that require Apple to make repairs easier and more affordable, such as by offering parts and instruction books to anyone, even people who'd like to fix their devices at home with iFixIt guides.