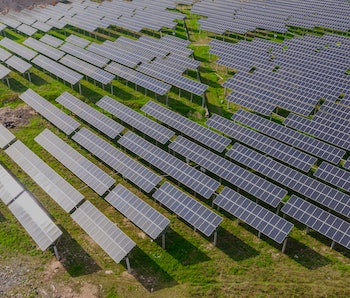 Apple will pay Tesla more than $50 million for batteries to be used in a new energy storage project. The company has long sought to power its entire business using clean energy, including solar power generated from its own farm in California. But renewables are an intermittent source of energy, so batteries are necessary to store excess energy for use later — like when the sun isn’t shining.

In a press release, Apple says it is “constructing one of the largest battery projects in the country, California Flats — an industry-leading, grid-scale energy storage project capable of storing 240 megawatt-hours of energy, enough to power over 7,000 homes for one day.” The project will support its 130-megawatt solar farm located in Northern California.

Apple hasn’t specifically confirmed that Tesla is the supplier of its batteries, but The Verge found documents stating the project will use 85 of Tesla’s Megapacks, container-size batteries designed for utility projects.

Storage problem — California generates a ton of solar power, so much in fact that on some days it’s more than anyone can use. But it’s not yet powering the whole state because storage has remained stubbornly expensive. And to actually power an entire home, the batteries have to be quite large. That’s bad because it means other energy sources have to be tapped when the sun goes down.

Thankfully, prices of storage are starting to come down, in part due to Tesla itself, which has designed massive lithium-ion batteries for use in its cars and others, like the Powerwall, for storage of energy generated by the solar panels it sells under its Tesla Solar brand. Technology like the Megapack could be installed at the utility company level to store renewable energy that’s provided by home installations of solar powers and then used as needed. Tesla even thinks its cars could someday act as storage devices supplying power back to the energy grid.

The cost of a battery pack alone could have been $1,000 per kWh hour just 10 years ago, but today Tesla charges an estimated $200-300 per kWh for its Megapacks.

Truce — The deal between Tesla and Apple is somewhat surprising considering the two companies have had an acrimonious relationship, with the two poaching talent from one another to support their respective electric car projects. But business is business, and Tesla is one of the leading players in battery storage technology, so it got the deal. Maybe next, Tesla can add CarPlay support to its vehicles?

Tesla’s energy division is still small, representing a single-digit percentage of the company's total revenue. But growth was high in 2020 and a global sea-change around renewables gives the division a lot of growth potential.