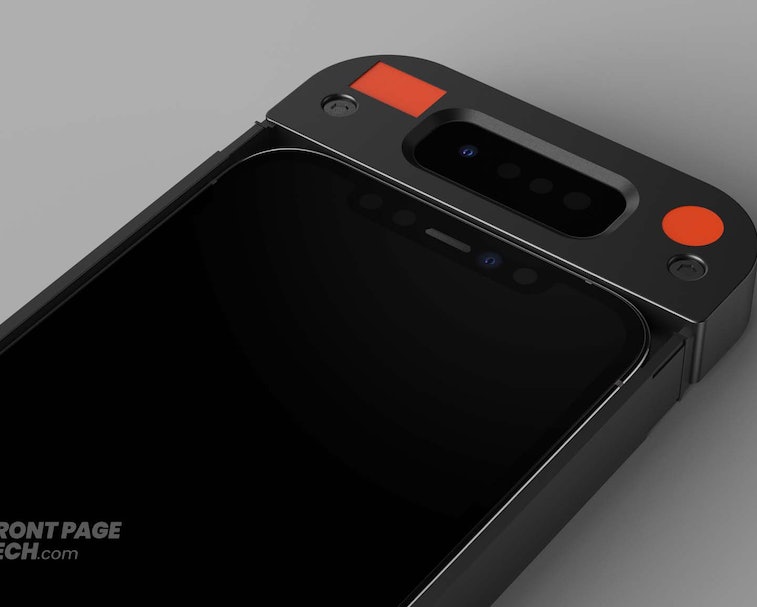 Apple is apparently working on an update to Face ID to adapt to a world where face masks are present in day-to-day life. According to a new report from Jon Prosser, a prominent Apple leaker with sources in the company, the tech behemoth is working on a prototype case that would enable Face ID to recognize users even with their masks on.

Rather than an update to existing software, the report notes that Apple’s workaround happens to be a prototype case. The case wraps around an iPhone 12 and has an extra sensor array that sits above the device. When users attempt to unlock their phones, the case would bypass the regular Face ID array, in favor of its own hardware.

In order to protect his sources, Prosser had images of 75 prototypes rendered by RendersBylan. Employees were given these prototype cases to test functionality rather than an unreleased iPhone. It seems this testing will ultimately allow Apple to implement the hardware into the forthcoming iPhone 13, but whether or not that will actually happen is unclear.

Extensive testing — Prosser’s report includes details on the breadth of Apple’s testing. Not only are employees wearing masks while experimenting with the prototype case, but they are also being asked to wear glasses. Additionally, there have been both indoor and outdoor tests, which include a wide variety of styles of eyeglasses and masks.

While this report largely focuses on hardware, no technical details have been provided. Right now there is no information on how Face ID technology has been tweaked to allow compatibility with masks and / or glasses.

Previously, Apple had released a solution for the public’s inability to unlock their phones due to masks, involving the Apple Watch. That update allowed users to access their phones by effectively turning their Apple Watch into a two-factor authentication device. As Prosser pointed out there were some privacy concerns surrounding this update because it basically meant Face ID was no longer authenticating the person in question directly.

No watch, no problem — This update would be significant for the iPhone 13, as iPhone users without an Apple Watch either had to unlock their phones the old-fashioned way with a code, or wait until they could take off their masks before using Face ID, and Apple doesn’t seem to be willing to bring back Touch ID, no matter how much we’d love to see it return.