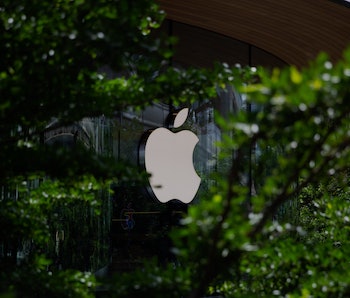 On the back of a strong earning's report yesterday, Apple today became the most valuable company in the world. It's now worth $1.84 trillion, while the next largest company, Saudia Arabia's state-owned oil company Saudi Aramco, is worth $1.76 trillion.

Apple beat the recession — Apple surprised investors yesterday when it reported that it performed incredibly well in the past three months despite the global economic recession. Revenue was up 11 percent over the prior year, to $59.7 billion. The company attributed the success to strong sales of Macs and iPads as well as a rebound in China, where life is largely back to normal and coronavirus restrictions have been lifted.

The company did announce that sales of this year's new iPhone will be delayed by a few weeks due to supply chain disruptions. Apple typically has trouble keeping up with demand when new devices are released, and manufacturing pauses around the world due to the coronavirus may have exacerbated that this time around.

Tech is doing fine — Amazon, Facebook, and Google also announced positive quarters yesterday. Amazon's revenue was up 40 percent to $89.9 billion, while Facebook had revenue up 10 percent. Google was the only one that saw revenue decline year-over-year, a first in its history, as a decline in advertising spend put a dent in earnings.

Still, overall, they're all doing great. Not even the antitrust hearing on Wednesday where they all took a lashing for monopolistic behavior seems to be worrying investors.