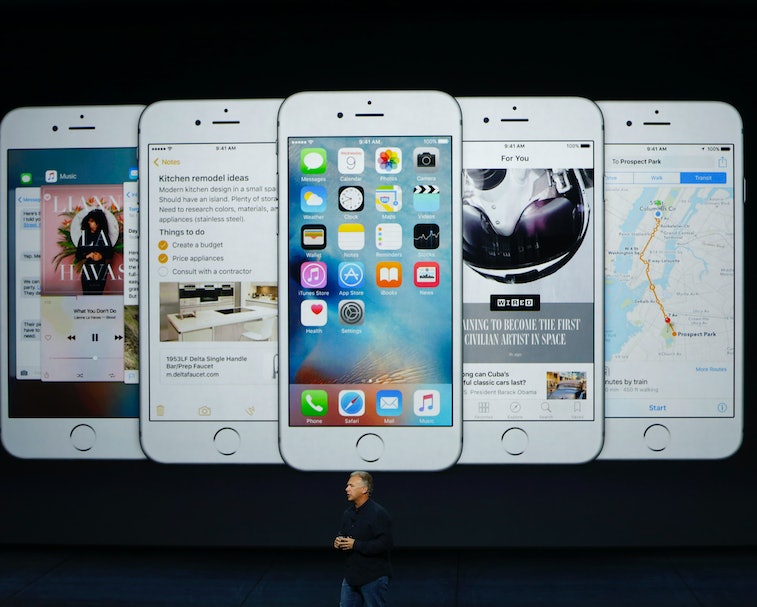 A rumor from Israeli site The Verifier claims that Apple might bite the bullet and stop supporting the iPhone 6S and the original iPhone SE with its next major iOS release. Given that we only just downloaded iOS 14 in recent months, it’ll be a while before the release of iOS 15 confirms or denies the rumor.

It’s only been five years since the launch of the iPhone 6S, Apple’s 2015 release between the iPhone 6 and the iPhone 7. The iPhone 6S was never a huge upgrade from the phone’s previous model — instead it came with minor upgrades like the ability to record 4K video (now standard in all iPhones) and a better chassis that wouldn’t, erm, bend under heavy pressure. (Yeah, that was kind of a problem.)

It might seem a bit soon to be dropping support for the SE and the 6S — but both have had pretty average lifespans for Apple products. Start preparing your goodbye messages for these now-iconic iPhones so you’ll be ready for their final burial ceremonies.

Remember iOS 9? — The death foretold of these two iPhones is making us all kinds of nostalgic. Both the SE and the 6S launched with versions of iOS 9, a pretty critical moment in the phone’s software history.

Perhaps most notable in iOS 9, and therefore in the new iPhones in general, was the addition of 3D Touch. Pressing your fingers against the iPhone screen had never been so intriguing (and, yes, buggy). Though 3D Touch is no longer a real thing on the latest iPhone models, its legacy, like the ability to quickly preview notifications with a long touch, survives.

Goodbye, phones — The Verifier rumor is as of yet unverified. But it would make sense for Apple to be moving away from the SE and 6S right now, based on its previous timelines. Apple concluded its production of the original iPhone 6, for example, in September 2016 with the release of the iPhone 7; just three years later it dropped software support for the phone, too.

Given that production of the iPhone 6S and the original iPhone SE both stopped in September 2018, discontinued software support would likely happen some time next year.

But such is the nature of technology. We utilize, we innovate, we move on. Neither the iPhone 6S nor the iPhone SE will be forgotten while we use our enormous new iPhones. Well, not entirely, at least.