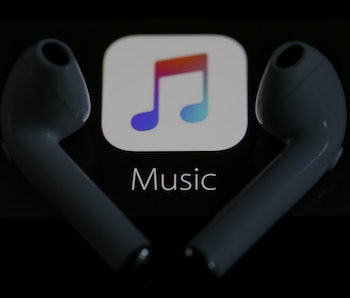 Apple Music finally has an official web-based version, live at music.apple.com. The site has been in beta since September of last year, allowing users to stream music from browsers on virtually any platform. It joins other music streaming services including Spotify and YouTube Music that also offer music playback through the web.

As you can see, the web version of Apple Music is a pretty good mirror of the native macOS app (please don't judge my library):

Being both an Apple Music subscriber and frequent Chromebook user I've already been using the open beta for some time, most recently as yesterday in fact. The "official" version launching today looks identical from what I can tell, which is slightly concerning because the beta was littered with strange bugs. Just one example: clicking play on one track in a playlist would sometimes start a completely different track instead, an infuriating bug that required a hard refresh to fix. Hopefully Apple ironed out these types of issues but I haven't had enough time with it to say definitively.

Web vs desktop players — Apple Music on the web offers nearly an identical feature set as the desktop and iOS clients, including personalized recommendations and Beats 1. That's a departure from iCloud, which offers only a limited experience on the web. The Apple Music web app is also responsive, meaning you can resize your web browsing window and the player shrinks down dynamically to fit the screen.

On a computer, some people may still prefer using the desktop app because of two small differences: you can't import local music libraries through the web app, and there's no offline downloading.

Web browsers have come a long way though. In Chrome you can control the Apple Music web player with hardware media controls, and pin the site to your navigation bar so it doesn't get lost in a mess of tabs. Google has over the years been adding features to the browser that make web apps more comparable to native ones.

Apple has long favored native apps over web-based experiences but if it wants to compete with other streaming services (which it does, because services are its new money machine), having a web app like the rest can't hurt.