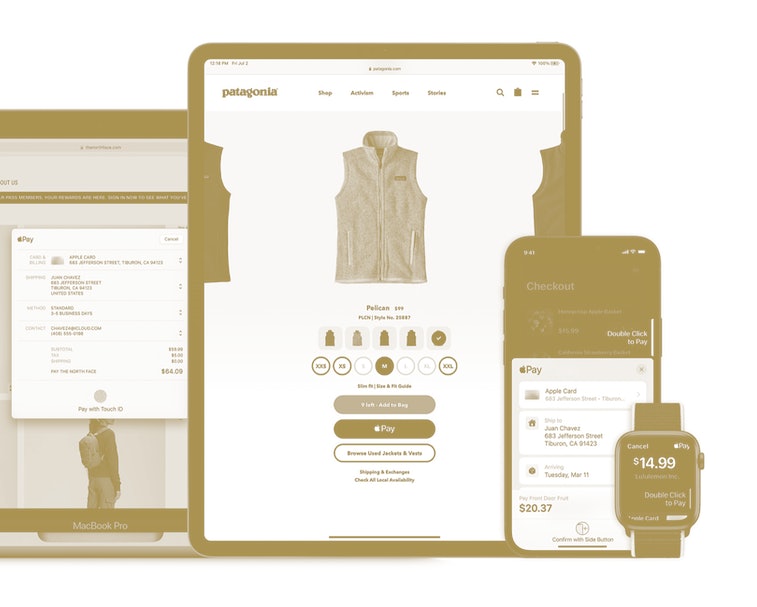 A big expansion — In the newest iOS 16 beta, a “Continue with Apple Pay” button is available on websites that use Apple’s payment system, allowing you to use your payment details and complete your transaction with Face ID or Touch ID in third-party iOS browsers like Chrome or Firefox. Until this point, Apple has only allowed the use of Apple Pay in its Safari browser, one of the many ways it makes its own software a more compelling option than the competition.

WebKit required — So far this new, more flexible application of Apple Pay isn’t available on macOS, and like Moser assumes (and I agree), that probably has to do with the requirements Apple places on developers. App and web developers on iOS are required to use Apple’s WebKit rendering engine in their browsers and websites, even if other versions use something entirely different. It makes every browser on iOS a re-skinned Safari (and frequently, a worse option). Development on macOS doesn’t come with any of that baggage.

Apple uses WebKit too, but it allows itself to support added functionality — like Apple Pay — to make the overall experience more convenient. Assuming these beta changes make the final release of iOS 16, that convenience will now be available to more developers.

DMA — What could make Apple change its mind after all these years? A good guess is upcoming legislation from the European Union, specifically the Digital Markets Act, a sweeping law that forces “gatekeeper” tech giants like Google, Meta, and Apple to compete more fairly with smaller companies. That law goes into effect in 2023.

Among other things, a draft text of the DMA reportedly includes language addressing companies that force developers to use specific web rendering engines. Apple loosening up who can use Apple Pay might be one way it's trying to proactively bend to those rules. It’s a small concession, but a meaningful step toward the company’s platforms becoming more open overall.

More like this
Ian Carlos Campbell
8.8.2022 9:15 PM
Tech
iOS 16 just added this minor but super useful feature for iPhones
Oliver Haslam
3 hours ago
Guides
How to merge duplicate photos and videos on iPhone with iOS 16
Oliver Haslam
8.10.2022 10:00 PM
Guides
How to unsend an email on iOS 16 and iPadOS 16