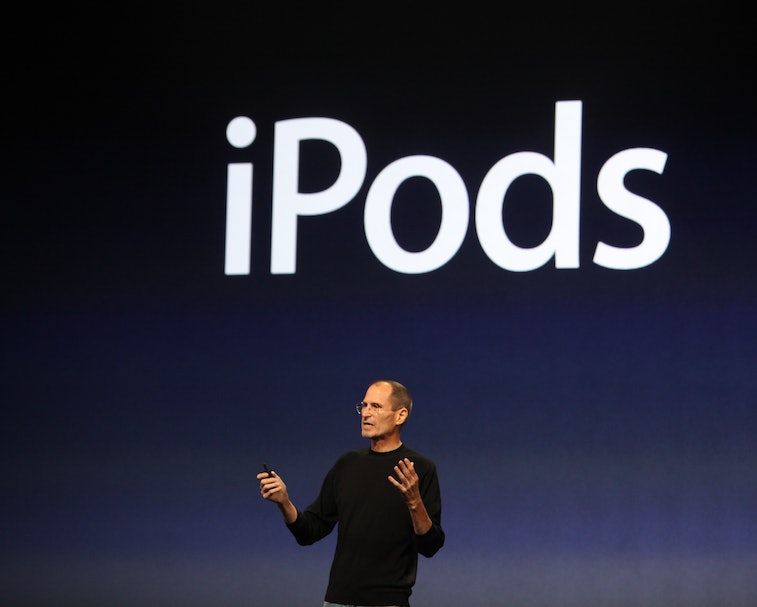 Ex-Apple SVP Tony Fadell recently told the CEO of Stripe, Patrick Collison, that the original iPod was designed, engineered, and released in just one year. That’s a fast timeline for an innovative hardware project, and one from Apple no less.

Slowing with scale — Apple sells many, many more products today than it did when the iPod was released in 2001. The company said that it took until 2004 for the iPod to move 2 million units. This year, Apple is expected to sell nearly 200 million iPhones alone.

That type of scale requires a strong supply chain with manufacturing partners around the world who can produce millions of parts to Apple’s strict specifications, and quickly. The company certainly didn’t have the resources to pull off today’s scale back in 2001. And nowadays, as 9to5Mac notes, it takes Apple at least two years to develop a product from start to finish, oftentimes more including early R&D.

The original iPod was not very advanced — When Apple released the iPod, the tagline used by CEO Steve Jobs to describe it was “a thousand songs in the pocket,” and that’s basically all it did. The impetus for the creation of the music player was reportedly a new hard drive from Toshiba that featured a small enough form factor to be pocketable.

The iPod was a key hardware product for Apple because the company had struggled to compete with Microsoft in computing, and the iPod as a music player was leagues better than existing options. Apple also importantly convinced record labels to offer their songs individually in its iTunes Store, rather than as whole albums.

The iPod served as an early example of Apple creating an ecosystem of tightly integrated products wherein customers get the best experience by buying all their devices from one company. These days the iPhone is the anchor product that gets consumers buying AirPods and Apple Watches.