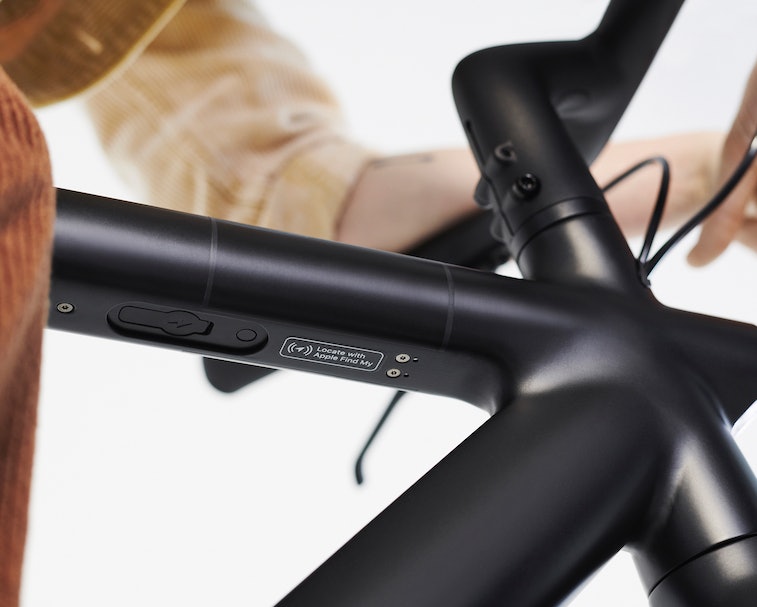 On Wednesday, Apple introduced an update to its “Find My” network, which now includes support for third-party devices like VanMoof's S3 and X3 electric bicycles. This makes the e-mobility brand one of the first to join Apple's expanded device-location service and is bound to make the owners of these already high-tech e-bikes sleep a little easier.

You can add your VanMoof bike to the Items tab through the Find My app. Co-founder of VanMoof Ties Carlier says, "We’re ushering the future of cycling into the present day. In the near future, when bikes are the primary mode of transportation in cities, this will come in handy as it gives riders around the world peace of mind they’ll be able to swiftly locate their ride."

Remember where you parked — The integration of VanMoof's bikes with Apple's Find My network will let users view their bikes and find their exact location through the app. If the bike is close to the owner, it will play a sound. But if it's further away, VanMoof suggests that you place your ride in Lost Mode and let Find My do the rest of the work.

As Engadget reports, Apple's Find My network also includes the likes of Belkin's Soundform wireless earbuds as well as the Chipolo One Spot tracker. Developers who want to join Apple's network have to follow the guidelines in the company's Find My Certification Asst., which gives Made For iPhone (MFi) licensees a chance to run Apple’s technology.

Find My wasn’t always so open to outsiders. Apple's welcoming of VanMoof's bikes into its network comes after a tense battle between it and third-party tracking device-makers like Tile, which accuses it of hampering rivals to benefit its own products. Last year, after considerable hostility between both firms, Apple opened up its services to Tile. Tile’s Bluetooth-enabled keys and cards are about to face stiff competition from Apple’s own AirTags, another reason the company says Apple is anti-competitive. Apple hamstringing it ahead of launching its own competitor products looks suspect.

Apple's permission-restricted location tracking services are certainly a headache for developers, but being part of the Find My world is exponentially better for most players than being locked out of it given Apple constitutes half of the Great U.S. Smartphone Duopoly along with another company (Samsung) that recently launched its own Tile-like products.