Coronavirus be damned: iPhone sales are off to a strong start this year 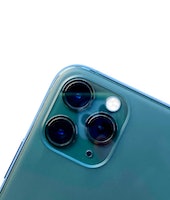 Apple has entered 2020 swinging. The company’s iPhone shipments this quarter may grow 12 percent over last year to 46 million units, according to an analyst note reviewed by AppleInsider. That plus roughly 70 million sales during the holiday season puts the company on track for 116 million units in the first half of the year, Cowen's Krish Sankar predicts.

The development would be a positive for Apple, which has been diversifying into new lines of business as growth in its iPhone install base essentially stops. These numbers also look promising for the company in the face of its recent investor guidance, warning that the coronavirus will make hitting its targets around iPhone sales much more difficult in the coming months.

Sankar attributes the growth to Apple’s rumored February launch of the iPhone SE 2, a successor to the “budget” iPhone SE that would see Apple use an iPhone 8 body with updated internals. He believes the rumored 5G models will come too late in the year to have a real impact on its 2020 numbers.

iPhone still isn’t really growing — The prediction is positive for Apple, but doesn’t change the overall picture of a business that has left behind its glory days. The company stopped reporting iPhone shipments in 2018 when it said it had sold 46.9 million units, with growth essentially flat over the prior quarter. Today’s numbers indicate that trend will continue into 2020, but Sankar is nonetheless bullish on the company and it’s easy to see why.

Those delicious services margins — Apple’s services revenue continues to grow quickly and command margins greater than 60 percent. In its final quarter of 2019, Apple reported that it pulled in $12.5 billion from services like Apple Music and News+, up 18 percent annually. That in combination with a new affordable phone and 5G models that will encourage upgrades led Sankar to increase his price target on the stock to $350, up from its current price of $311 at the time of writing.

Apple’s cheaper iPhones could hurt its average selling price, and therefore revenue, but if it can get those people paying for its services that won’t matter.