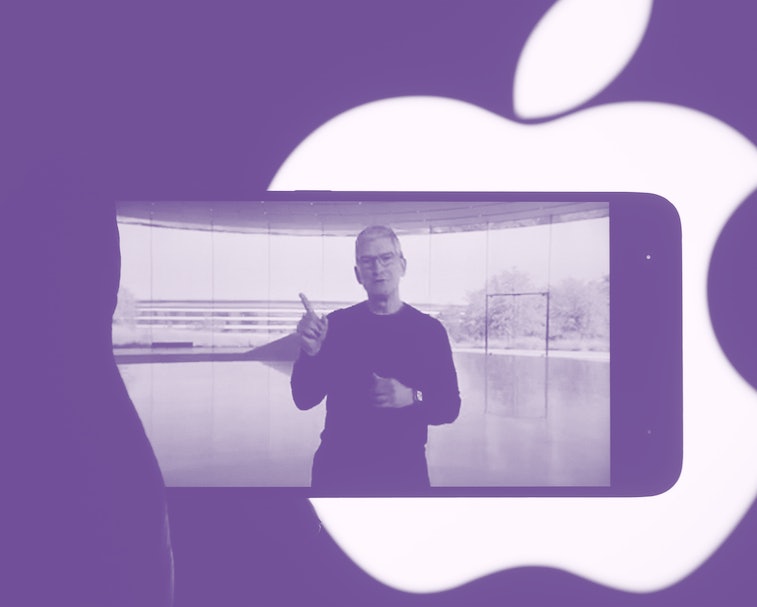 Apple’s next live-streamed keynote event will take place on April 20, 2021 — or, at least, that’s what Siri seems to think. Users of Apple products are reporting that, in some cases, asking Siri about Apple events leads to an announcement: “The special event is on Tuesday, April 20, at Apple Park in Cupertino, CA. You can get all the details on Apple.com.”

For other users — including myself — Siri simply says, ”You can get all the details about Apple events on Apple.com.” The Apple website does not have any details about upcoming events. It’s unclear whether Apple accidentally programmed the event into Siri’s knowledge base early or if this is just a false alarm. How much can we really trust Siri, anyway?

There are sources backing up the claim of a 4/20 event, though, lending it some credence. AppleInsider reports that two of its staffers were able to confirm the information provided by Siri.

Another false alarm? — Excuse us for being suspicious of this pseudo-announcement — we’ve been scorned more than once before on assumptions of leaked Apple Event information. Just last month well-known leakers pointed to a date of March 23 for the first Apple Event of the year… a date that has now come and gone with no news at all.

Apple usually tells the press and the public about its biggest events about a week prior to their airing. That’s today. We could very well hear confirmation of the event in the next few hours.

What can we expect? — For one thing, we’d expect this event to be prerecorded and live-streamed on Apple’s website, much like last year’s events. Apple has already announced that its annual WWDC conference will take place virtually in June; there’s no reason to think Apple would have an in-person presentation for this event, either.

In terms of which products Apple will show off at the event, we’re expecting an updated iPad Pro, for one thing, with a more powerful processor, improved cameras, and possibly a mini-LED display on the largest variant. It’s only been a year since Apple refreshed the iPad Pro, though, so it’ll likely look and feel very similar to the current model.

There’s also a good chance we’ll see a new generation of Apple’s base model AirPods, which haven’t been updated since early 2019. AirTags could finally make their way to our keychains, after years of speculation, and a new version of the Apple TV — no, not the one with a FaceTime camera — with 4K support could be on its way, too.