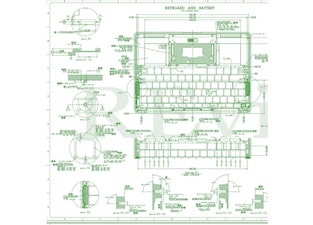 Mass production has begun on the follow-up to Apple’s first in-house processor, the M1, according to sources familiar with the matter, Nikkei Asia reports. Tentatively called the “M2,” Apple’s second-gen system-on-a-chip (SoC) will reportedly debut in new MacBook Pros that will go on sale in the latter half of 2021.

In the six months since its public release, Apple’s M1 has forced the PC industry to scramble. The M1 chip has pushed Apple’s computers to entirely new highs, with ludicrously long battery life, ultra-fast processing, and graphics performance far beyond any previous MacBook models. The chipset has been so well-received Apple brought it to the redesigned iMac and new iPad Pros, too.

The M1is proof that Apple no longer needs Intel the same way PC makers need the chipmaker. Now the tech giant sets its eyes on even higher highs. Will widen the performance and power efficiency gap between Intel even more? If the year-over-year performance of Apple’s A-series chips in iOS devices over the last 10 years is any indicator, Intel should be very concerned.

Pro first — According to Nikkei Asia’s report, the M2 is being produced by Taiwan Semiconductor Manufacturing Company (TSMC), the world’s largest chipmaker. Like its predecessor, the M2 will be an SoC with all central processing units contained in a tiny processing unit. The M2 will reportedly use a 5-nanometer plus (N5P) technology — a process that takes at least three months for start-to-finish production.

Sources told Nikkei that mass production is in preparation for the silicon to ship as early as July for the new MacBook Pro. This would position the M2 MacBook Pro for launch in the second half of 2021. Eventually, the M2 will be used in other Apple devices, too, sources said.

Intel who? — The introduction of Apple Silicon has completely changed the CPU production landscape. Right now some of Apple’s products still utilize processors made by Intel, but Apple’s planning to transition to its own silicon within the next two years.

The full impact of Apple’s transition away from Intel has yet to be felt, but estimates put Apple’s accounts at Intel somewhere in the $1.5 billion to $3 billion range. That’s only 2-4 percent of Intel’s revenue, but it’s still billions of dollars.

Furthermore, there’s a good chance Apple’s successful transition could prompt other computing companies to consider making similar moves. The implications of that wave could be severe for Intel, a company that relies entirely on buy-in from companies like HP, Dell, and Lenovo for the bulk of its revenue.

The M1 changed computing for good; the M2 will likely keep the competition on its toes while further making the case for Apple’s tight hardware and software vertical integration.