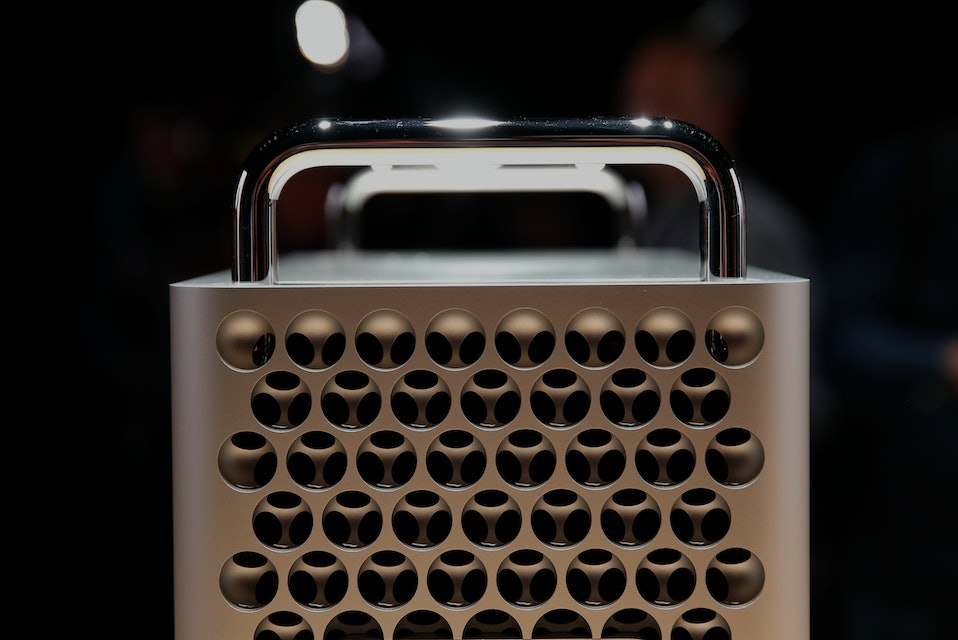 While we all continue marveling at how much money you can spend on a new Mac Pro if you really want to ($52,784), iFixit has done a teardown that shows Apple’s new desktop is remarkably easy to repair or upgrade. Remarkable not just for an Apple computer, but for any computer really.

No tools needed for the basics — If you’re merely looking to plug in some additional RAM or a new hard drive, you won’t need anything fancier than your hands. Similarly, I/O Boards are secured with thumbscrews, and all PCIe cards get locked into place with a single switch that moves all of the holding hooks simultaneously with one, satisfying click.

But you’ll need screwdrivers eventually — If you want to remove the power supply you’ll need a Torx screwdriver, and you’ll need a 4mm hex key to undo the feet. Not surprisingly, the deeper you dig the less easy to get to things get, with the CPU squirreled away under the heat sink, which is attached with “very deeply hidden” T15 Torx Plus screws.

Nonetheless, iFixit says the Mac Pro is “a masterclass in repairability” thanks to everything you can swap by hand, the fact that most screws and connectors are standard, and they’re particularly enthusiastic about the step numbers and diagrams printed directly onto certain bits.

Nothing’s perfect — They’re less enamored of Apple’s proprietary SSD unit and the ongoing insistence in the company’s repair manuals that an Apple Authorized Service Provider is needed for pretty much everything. Apple gets some points back, though, for making its manuals freely available online.

Given it’s brand new, if you buy a Mac Pro you’ll likely be livid if you have to fix anything in it any time soon. But you may wish to upgrade it once your bank balance has recovered, so it’s pleasing to know that slotting in new components is such a cinch.

Also, if you’ve got the right screwdriver, you can spare yourself a trip to the iStore with your Mac Pro should you change your mind about the $400 optional wheels.