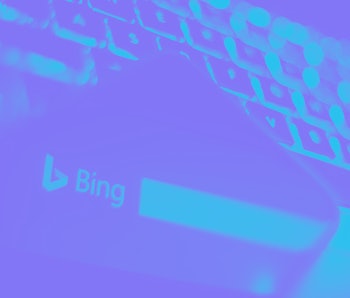 On Tuesday, the Stanford Cyber Policy Center released an analysis of disinformation in Google and Bing search results. When researchers compared the top 50 results of 12 separate queries from both search engines, they found that Bing surfaced at least 125 sources of misinformation or disinformation. Out of the same 600-result pool, Google only returned 13 sources of false information.

“Who uses Bing anyway?” — Despite only having 5 percent overall market share, Microsoft’s Bing held one-third of the search market in the U.S. as of 2017. Bing is also used by Microsoft’s Internet Explorer and Edge (about 17.7 percent of the browser market), Yahoo!, AOL, and DuckDuckGo.

In the voice assistant world, Apple’s Siri used Bing exclusively in the past, but now only pulls from it for image searches. Amazon Echo devices also return Bing results, and Facebook is looking to license Bing search results for its own assistant.

The results — Google’s spotty history with misinformation is centered on data voids that “occur when obscure search queries have few results associated with them, making them ripe for exploitation by media manipulators with ideological, economic, or political agendas,” according to Microsoft researchers Michael Golebiewski and danah boyd.

Stanford researchers Daniel Bush and Alex Zaheer concluded that, even though it’s extremely difficult to provide a blanket solution, “the alarming frequency with which Bing shows users bad information should lead Microsoft to re-evaluate the way it ranks information sources.”