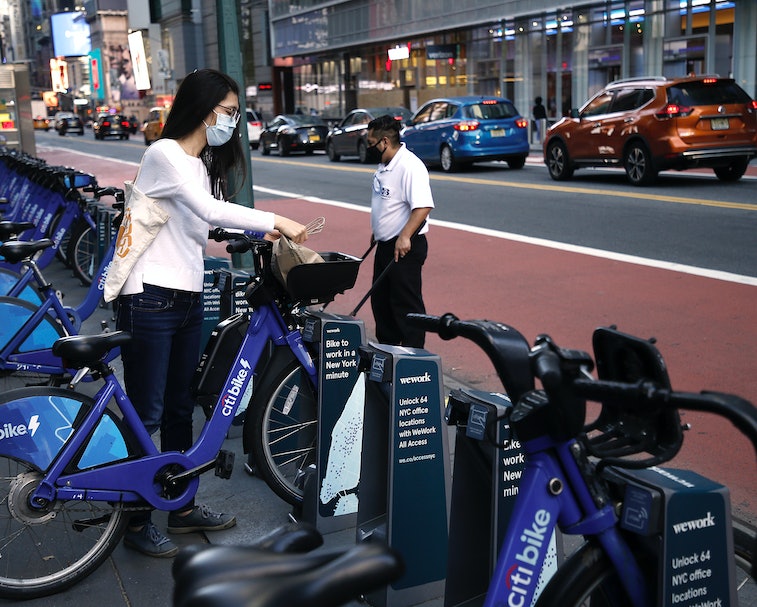 Bird is trying to play nice with cities around the globe, working with governments more closely on initiatives like geofencing and drunk-riding safeguards. Now it’s also going to promote the bike-share options that cities might already operate, through new integrations into the Bird app.

Starting today, riders in Los Angeles, Austin, San Antonio, Milwaukee, and Oslo will be able to open the Bird app and be presented with a list of nearby public bike stations as well as the number of bikes currently available at each. Riders will need to pay for bike rentals through the bike-share’s own systems.

Other on-demand mobility startups have tried similar initiatives. Open the Uber or Lyft apps, for instance, and you’ll have an option of hailing a private car or viewing a route to your destination that includes the use of public transit. For ride-hailing companies, in particular, the initiatives are meant to combat criticism that they cause more congestion on roads, not less, as some people will opt for the convenience of a private car over more sustainable public transit.

Soft-touch — Bird has taken a friendlier stance towards local governments in recent years after launching in its early days without asking for permission, which led to much consternation around the globe. Cities began clamping down on the scooters that littered their streets and caused havoc, and now permits are needed, so this equilibrium is being found. Bird, of course, says this new initiative furthers its goal of promoting more eco-friendly transportation options.

“Bird wants to connect riders with the eco-friendly transit solution of their choice — whether that be offering Bird’s award-winning vehicles or supporting other local options and small businesses that are providing clean transportation trips.”

The company already offers its own e-bikes in select cities, but many markets have their own public bike-share programs and likely don’t want to let Bird compete there. A public option is always going to be ideal, but Bird can come in with its vast war chest of private money and fill in gaps where public options are scarce due to lack of funding. That’s really how these micromobility companies promote their scooters, as a fun and eco-friendly way to reach that last-mile destination.