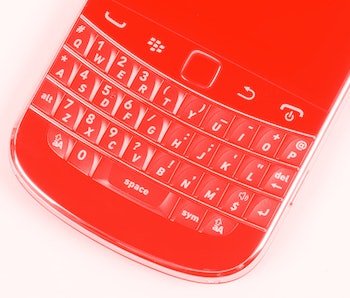 The latest down-and-out company to see a sudden surge in its stock price is none other than BlackBerry, the once darling maker of smartphones including the BlackBerry Classic.

The company, which once controlled 50 percent of the U.S. smartphone market and saw its phones referred to as “CrackBerry,” lost the smartphone war and now primarily makes enterprise software. The company generated just under $1 billion in sales in 2020, a far cry from its peak of $20 billion in 2011.

David v Goliath — But users on Reddit have chosen a lot of floundering companies to bet on during the pandemic, starting with GameStop and moving on to AMC, which has seen its market cap rise 3,000 percent so far this year, putting it in line with companies like Delta Air Lines and Best Buy.

AMC generated just over $1 billion in revenue in 2020, a sharp decline from previous years as a result of the pandemic. But retail investors think Wall Street has counted it out too soon and that it has strong potential to make a comeback. The company is now valued at about $25 billion.

Even if it does make a comeback, AMC made about $5 billion in the year before COVID — and had $5 billion in debt on its books. $25 billion is a big multiple for a company that was already eroding due to broader trends towards streaming. A comparable cinema company, Cinemark, is valued at just $5 billion — and it doesn’t have all that debt.

Fundamentals — But it’s hard to hate on the Reddit traders, who have made money hand over fist through this rise against the establishment. It’s an attractive story too, one of David fighting against Goliath, in this case wealthy investors who make money betting against companies based on their own subjective opinions and then push prices in their favored direction. Now, everyday people have been able to band together and to do the same thing — though Wall Street would say it at least bases its company valuations on fundamental math whereas Reddit has decoupled from any reality.

There’s at least some reasonable case to be made that BlackBerry could create a valuable business, especially in today’s world of rising cyberattacks. Its market value is just $8 billion, a price it could reasonably grow into. But it feels like so many of these companies that Redditors are plowing money into just don’t have the fundamentals, and someone is going to get hurt when the companies fail to defy trends (digital downloads for GameStop, streaming for AMC) and people begin pulling out.

Though counterintuitively, AMC and GameStop have begun selling stock based on their newly heightened valuations, which could theoretically give them the war chests needed to reinvent themselves. Maybe.