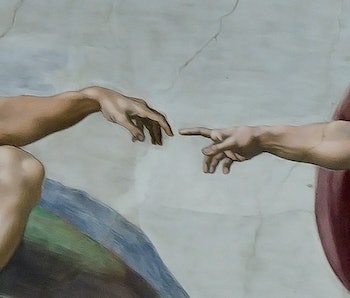 Neuroscience researchers have succeeded in restoring a young man's sense of touch and movement through a brain-computer interface (BCI) system. The study was published by teams at Battelle and the Ohio State University Wexner Medical Center. The young man in question is a 28-year-old named Ian Burkhart who has a spinal cord injury from a diving accident that happened in 2010.

According to Battelle's senior research scientist, Patrick Ganzer, the entire endeavor required intense amounts of concentration on Burkhart's part, the harnessing of "sub-perceptual touch cues," and a manmade network between Burkhart's skin and a computer chip embedded in his motor cortex.

Routing mobility signals from the brain — The researchers reported their findings in the Cell journal on April 23. With the help of light and barely detectable sub-perceptual signals, researchers were able to create artificial sensory feedback for Burkhart's brain.

The result led to more enhanced motor function, something that had radically diminished due to Burkhart's accident. He was able to pick up a coffee mug, try out Guitar Hero, and swipe a credit card — all things he hadn't been to do in almost a decade. "These results demonstrate that sub-perceptual neural signals can be decoded from the cortex and transformed into conscious perception, significantly augmenting function," the researchers explain in the paper they published detailing their work.

Amplifying the faintest signal — Researchers found that Burkhart's injury was "clinically complete" meaning that he had no sensation in his hand. Still, when they stimulated the participant's hand, they found that an extremely faint neural signal was still reaching his brain. By focusing on that almost invisible fiber, they boosted more pronounced signals with the help of haptic feedback to Burkhart's brain. It worked.

Panzer explained to EurekAlert, "Until now, at times Ian has felt like his hand was foreign due to lack of sensory feedback. He also has trouble with controlling his hand unless he is watching his movements closely. This requires a lot of concentration and makes simple multitasking like drinking a soda while watching TV almost impossible."

Three notable wins — The research boasts three crucial achievements. For starters, Burkhart can pick something up without having to see it. Second, the interface enables Burkhart to exercise both mobility and touch, not just one ability. Third, the study sheds light on the amount of physical pressure applied when Burkhart tries lifting a light or heavy object. All three may sound obvious or simple, but in the world of touch — one that is often taken for granted — all three together account for our ability to perform one of the most fundamental activities: how to physically perceive and interact with physical objects.

Research like this could prove essential to helping other people like Burkhart regain mobility and independence, and could make prosthetics more useful.