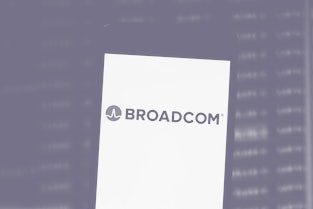 Broadcom announced today that it has signed two multi-year agreements to provide Apple with wireless components, according to a report by Reuters. The deals are expected to bring in upwards of $15 billion for Broadcom. The agreements cover certain components in Apple products through the middle of 2023.

Apple and Broadcom are old friends — Broadcom has been selling chips to Apple for a long while. At least 25 percent of Broadcom’s revenue in 2018 came from Apple alone, according to the company’s annual report. Last year, Broadcom and Apple finalized a similar deal that set Apple up to buy all of its radio-frequency front end components and modules from Broadcom. That deal is still in effect right now — those just signed ensure the partnership will continue for at least a few more years.

Broadcom stocks rose at the news — The new deals are already looking good for business at Broadcom. The company’s stock rose more than 2 percent in late trading today after the announcement. Its closest rival, Skyworks Solutions, saw a 7.7 percent drop in its shares.

It's unclear which components are covered — Neither Broadcom nor Apple has made mention of which parts will be covered by the deals. Broadcom said simply that the deals cover “the supply of a range of specified high-performance wireless components and modules.” A teardown of the iPhone 11 revealed that Broadcom supplied chips for Wi-Fi, Bluetooth, and other front-end chips.