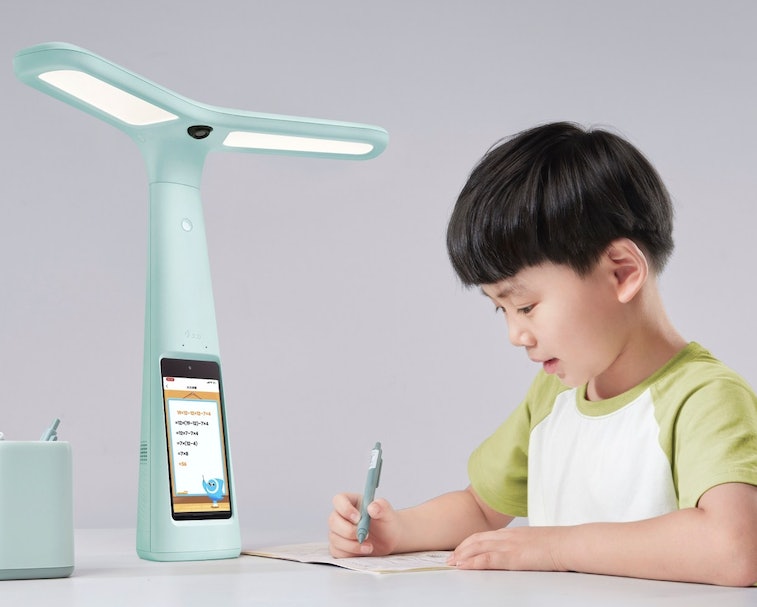 It’s been a rough year by any measure for ByteDance, the parent company of popular short-form video app TikTok. In order to rehab its image — and its profits — the company is trying something new: creating and selling physical products.

ByteDance’s first piece of hardware is a smart lamp with a small built-in display about the size of a smartphone called the Dali smart lamp (h/t TechCrunch). The lamp is aimed at the education market — specifically at parents who’d like to check up on their kids’ homework progress from afar.

Right now the Dali smart lamp is only available in China, starting at about $119. The device itself might not exactly be world-shaking in nature, but it’s a taste of where ByteDance sees its business going in the future. It's going to be hoping its foray into hardware is more successful than others, though... like Snapchat's lack-luster Spectacles or Facebook's worrisome Portal, for instance.

Not exactly necessary — The Dali lamp is “smart” in two regards: the video-equipped check-in screen and the light itself. ByteDance says (roughly translated by Google Translate) that the lamp is “shadowless,” with a design that’s meant to be easier on the eyes than a traditional lamp. The Dali lamp has apparently been certified as a “national AA-level professional eye protection lamp.”

The lamp’s landmark feature is, of course, the small screen meant for parental check-ins and remote tutoring. But many families already have phones, tablets, or other devices with this very capability — it is 2020, after all. It might be difficult to convince parents to buy a “smart” lamp for this reason alone.

ByteDance is (always) expanding — The Dali lamp is more than just a light with a built-in screen: it’s ByteDance dipping its toes into the education market. The multinational conglomerate is ready to expand beyond its current tech offerings with a full education branch, which it’s calling Dali Education.

ByteDance already runs a few educational products. The company owns Gogokid, a website where native English speakers can teach Chinese kids the basics of the English language, which has proved popular both in the U.S. (for tutors) and in China (for children). The site competes directly with VIPKid, another English-language tutoring site backed by the Chinese company Tencent.

According to ByteDance, the company’s education arm already has more than 10,000 employees. That number includes tutors.

To say ByteDance has had a rollercoaster of a year would be an understatement. Faced by a long series of direct attacks by the Trump administration, the company has struggled with maintaining its foothold in the U.S. Nonetheless, the company is doing very well for itself, with an estimated value of $140 billion.