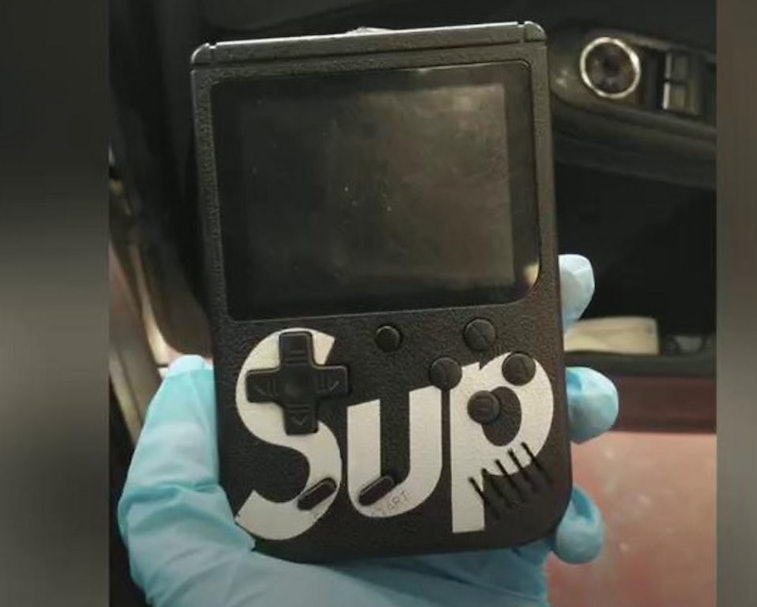 British police in West Yorkshire recently arrested three men in connection with a string of car thefts that hinged on a device hidden within a knockoff Game Boy case emblazoned with a Supreme brand logo. Although the tool costs an estimated $27,000 USD and can only be configured to bypass the security system of one specific make and model of car at a time, the thieves managed to steal five Mitsubishi Outlander hybrid SUVs worth at least $37,000 each before being caught.

CCTV footage provided by the police to the BBC clearly shows the men using the device to unlock one of the Outlanders, unhooking it from its charging station, and then bypassing the car’s security to enable its push-to-start feature. Later, when stopped by police, one of the suspect’s phones yielded a video of the trio demonstrating the device in action “accompanied by a commentary in mocking tones.”

Probably the same price as a Supreme Game Boy — $27,000 is quite a lot of money to throw down on a Watch Dogs-esque hacking device, but then again, it’s probably about as much as we’d figure an actual Supreme edition Game Boy would go for, were it a real thing. As Kotaku notes, however, the thieves’ device case almost certainly comes from one of the relatively popular knock-off emulators people can buy on sites such as Wish and Taobao.

Supreme’s actual collabs — To be fair, given Supreme’s recent collaborations, a carjacking tool isn’t far off from some of their release. There was the $24,000 Hästens mattress, sets of 24-inch rims, and even a jet ski... so, really, it’s probably only a matter of time until we see some car hack tie-ins from the actual company.

More like this
Jackson Chen
Sep. 17, 2022
Tech
Zero’s long-range e-motorcycle is a beast on and off the road
Andrea Carrillo
Sep. 19, 2022
Style
Supreme and Yohji Yamamoto take a page from ‘Tekken'
Annie Rauwerda
Sep. 19, 2022
Culture
A ragtag community is keeping this aughts Wikipedia gadget alive