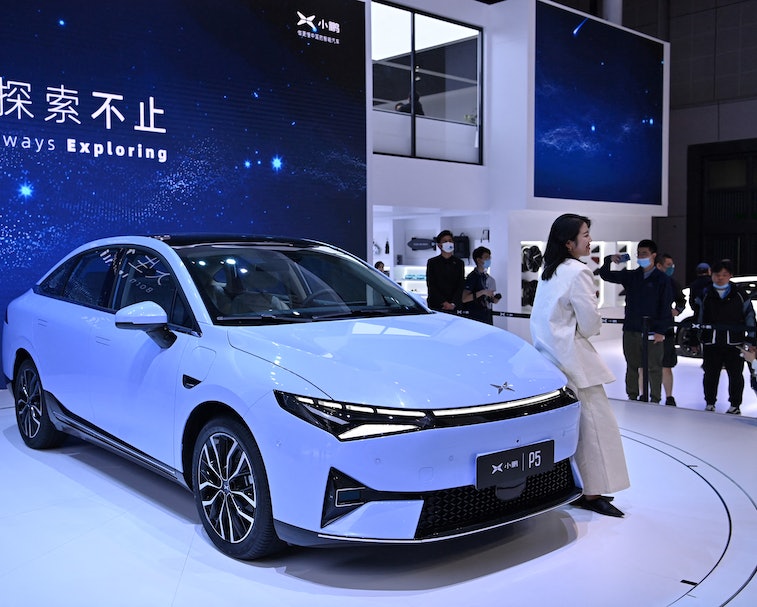 China has been a tough market for Tesla of late, and things might be about to get even tougher. Business Insider reports that one of its rivals, Xpeng, just announced that its latest electric sedan will undercut the Model 3 by about $14,000.

Entering China was a big deal for Tesla, as it’s the biggest car market in the world and the government there has heavily subsidized the switch to battery-powered vehicles. Tesla had a lot of support from local officials too and was one of the few companies allowed to open in China without creating a joint venture with a local partner.

The honeymoon is over — But things have changed of late, and a string of bad press has been weighing on Tesla. And while its Model 3 was once the most popular car in the country, cheaper alternatives like the Hong Guang Mini have quickly knocked it down the charts. The Xpeng P5 is set to be another lower-priced competitor, as its maker announced that it will sell the car for $24,670. The cheapest version of Model 3 that Tesla sells in China starts at $38,700.

Xpeng already sells a more expensive P7 electric sports, a mid-sized vehicle that gets about 349 miles on a charge in its base configuration. The base price for that car, which has received largely positive reviews, is about $33,391. What’s even more incredible is that Xpeng was only founded five years ago and it’s already selling a car that can rival Tesla’s offerings.

The P5 won’t have the same type of specs as the P7 or even the Model 3, but it’s nonetheless looking like an impressive car for the price. Xpeng says it is semi-autonomous with 32 sensors, including 13 cameras along with Lidar sensors, which use laser beams to create 3D maps of the car’s surroundings. The top speed is 105.6 mph, and it can accelerate from 0-60mph in 7.5 seconds. Range starts at 286 miles for the base model.

Nationalism — To maintain itself as a leader on the global stage, China is determined to pivot its economy towards digital technology and software innovation, and electric vehicles are a big part of that plan. To that end, it’s clear that its industrial policy is working, with the country now the biggest buyer of electric vehicles by far. The country accounts for twenty percent of Tesla’s sales, but experts speculate recent negativity towards the company — including a protest at the Shanghai Auto Show over quality control issues, and a forced recall — were quietly supported by the ruling party there as a way to favor local companies.

It’s unlikely that Tesla will be similarly affected abroad, though, because just as many Chinese consumers will support local businesses when prompted to, skepticism towards China means many Americans are reluctant to buy electric cars made by Chinese automakers. Still, Tesla’s sales in China have helped buoy its growth and it might feel some pain there. Sales in the country fell by nearly half in May from April on the back of increased government scrutiny.

Xpeng says it delivered 30,738 vehicles between January and June, a 459 percent increase over the prior year. It chalked up record deliveries of 6,565 vehicles in June. The company expects to start deliveries of the P5 towards the end of 2021.