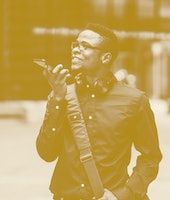 Clubhouse may have seen a dip in popularity as the COVID-19 vaccine has rolled out across the U.S. and Europe, but the invite-only audio network is far from done growing. The app’s first week on Android was an immense success — more than a million new users joined within a week of the app’s release.

The company revealed this impressive number in a live Town Hall session streamed through the Clubhouse app on Sunday, May 23. Co-founder Paul Davidson congratulated everyone involved with the Android launch and assured users that all the features available on the iOS app will be coming to its Android sibling sooner rather than later (h/t TechRadar).

“We are working really hard to get the feature parity in the Android version similar to that of iOS,” said Clubhouse co-founder Paul Davidson. “It is very important to us that the app has the same set of features.”

It looks like the coroner’s report may have been a little premature in calling for Clubhouse’s early death. But then again, much of that initial hype could just be about Clubhouse no longer being an iOS exclusive — so we’ll have to wait and see how those download numbers fare in the coming weeks and months.

Payments on deck — Most of Sunday’s Townhall was dedicated to discussion of upcoming features for the Android app, many of which have already been implemented in the iOS version. At launch, the Android Clubhouse app doesn’t include any sort of tipping method for speakers — a feature that’s quickly become a favorite of the platform’s creators because, well, everything is about monetization, at this point.

Clubhouse says the tipping feature is well on its way. We don’t have an exact date when tipping will roll out, but the company says updates will be rolling out periodically this week and next week which “should bring Android up to speed with iOS.” Countries other than the U.S. will get payment features sometime this summer.

Don’t count Clubhouse out yet — Clubhouse was one of the most popular new apps of 2020, thanks to a combination of invite-only hype, an inventive (and then new) premise, and a captive audience of socially starved people stuck at home. Downloads of the iOS version of the app saw a huge decline between March and February as the world began setting its sights on opening up again, though — but it’s pretty obvious from these initial Android downloads that the audio-only community isn’t going anywhere for the time being.

And that experience has certainly struck a chord in the tech community; just about every social media company, including the likes of Reddit and Facebook, are working on their own audio-only apps or features. Whether or not the audio boom survives swift vaccination rates and the re-introduction of actual social gatherings remains to be seen. But for now, Clubhouse is trying to capitalize on its early-mover advantage.